Wayne Hinshaw column: A time to reflect about the importance of journalists 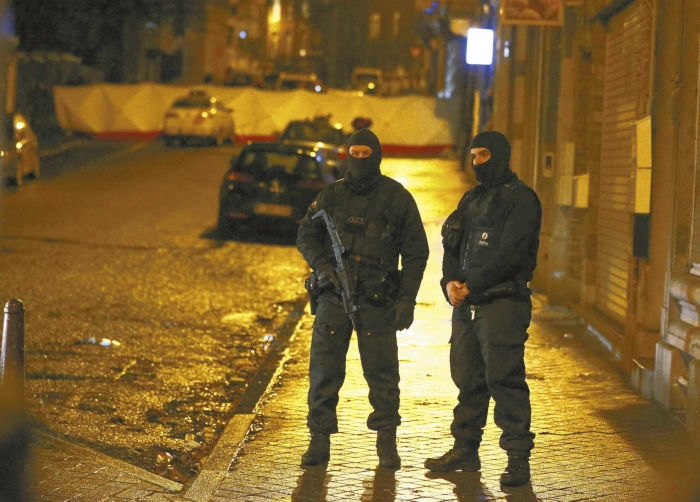 Belgian police officers guard a street in Verviers, Belgium, Thursday, Jan. 15, 2015. Belgian authorities say two people have been killed and one has been arrested during a shootout in an anti-terrorist operation in the eastern city of Verviers. (AP Photo/Frank Augstein)

I recently read an article by Mia Tramz, writer for LightBoxPhotography, about the photographers that died during 2014. Of course, she has a long list of world known photographers to whom TIME LightBox offers a tribute.

According to Tramz, 90 percent of those kidnapped last year were local journalists, including 139 professional journalists, plus another 20 citizen-journalists who fled their homelands in fear.

Good, dependable journalism is vital for the life of our freedoms all over the world — and in Salisbury.  Newspapers continue to struggle for their financial lives as businesses. Without the financial success of the newspapers, the journalists who make their livelihood in their home communities, will disappear.  I saw a figure a couple of years ago that over 6,000 journalists’ and photojournalists’ jobs across the United States have disappeared.  That is a lot of stories and photos in local communities that will not get written or photographed. That means there are a lot of eyes and ears covering hometown news that have been closed.

Remembering the old TV series, “Lou Grant” (1977-1982), about a newspaper, there was a photographer character named Dennis “Animal” Price, played by Darly Anderson.  Animal was a grubby, uncouth, long-haired, bearded character that some critics said reflected poorly on photojournalists. Some photographers were just like him and some were totally different, but in the series, he was out covering his community, taking photos like all photojournalists.

In today’s world, with the internet and citizen reporters tossing information from every direction, not all of the information is accurate or dependable. Most of our senses are flooded with information, good and bad.  Many feel that with all these sources of information, why do we need professional journalists and photojournalists?

Now more than ever, we need professional journalists we can rely on and trust for accurate information to help us live our lives.  The professionals should be critical and have doubts and questions about the government, challenging the government at times, and looking into other issues. Without journalists keeping a focus on a story, clarifying the facts, explaining the “who, what, why and how,” nothing would make much sense in this free democracy.

Despite how despicable the media might be viewed at times, freedom of the press and freedom of speech are preserved by the efforts of journalists, photojournalists and artists, as they record history and shine bright lights, looking for information in dark places.

I would like to add one more name to the lists of departed journalists and photojournalists in 2014. Salisbury lost James P. Barringer, a long-time, Salisbury Post photographer and wildlife writer. He was a friend and colleague who was dedicated to serving this community.