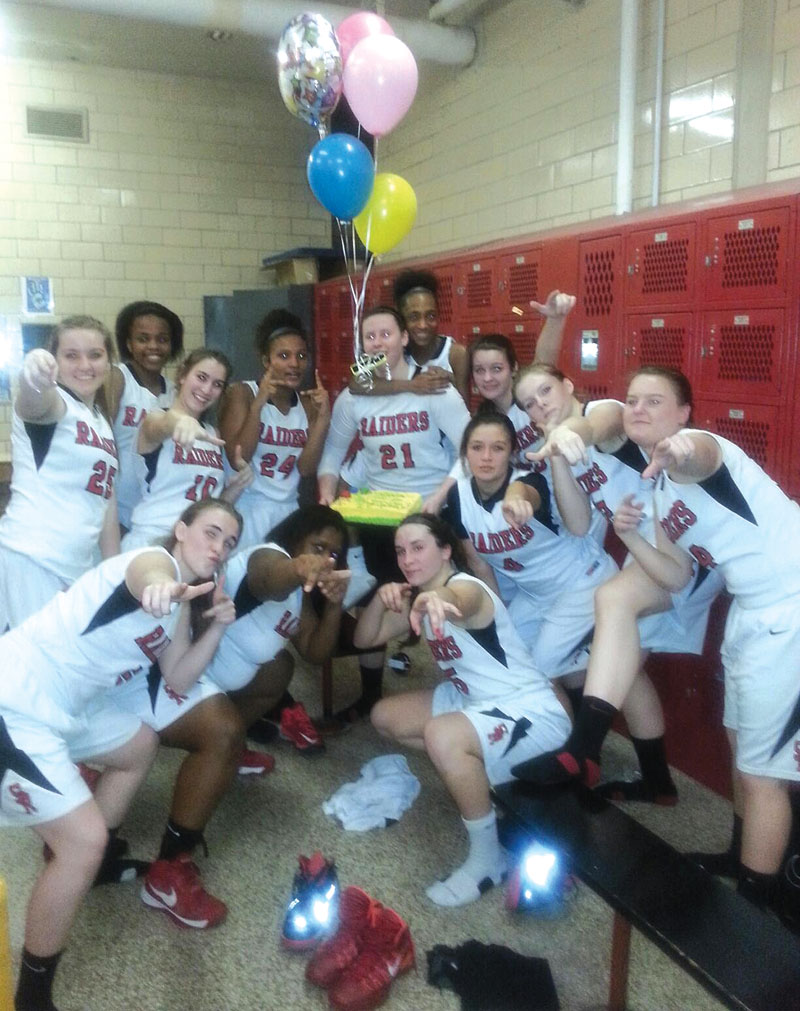 Submitted photo The South Rowan Raiders celebrate Cassidy Chipman (21) on the night she scored her 1,000th career point. Chipman was the leading scorer with 25 points in the Raiders' 65-6 victory.

LANDIS —The celebration began long before Cassidy Chipman made the evening her own.

“How can you not be excited about this?” Chipman said. “It’s a nice reward. I just come out every time and try to play my best. I don’t care if I score 1,000 or five points, as long as we win.”

South Rowan (10-5, 7-2) won for the fourth time in its last five games, thanks largely to Chipman’s illuminating performance. The 5-foot-10 sniper finished with 25 points, four blocks and four steals.

“She’s been so close for so long. I think the pressure’s off now,” Raiders coach Jarrod Smith said. “She looked great tonight, but didn’t even look like she was trying to get it. She was sharing the ball, hitting her open teammates, playing great offensively and defensively. They found her, and she found them.”

South Rowan opened a 41-2 halftime lead against winless Northwest Cabarrus (0-13, 0-8). Chipman, who entered the game with 977 career points, reached 1,000 when she knocked down a 3-pointer from the top of the key with 6:45 remaining in the third period.

“I guess I am blessed, but I couldn’t have done it without my teammates,” Chipman says.

Camouflaged in the merriment was South Rowan’s record-setting defensive effort. Northwest Cabarrus made only one basket in each half. The Trojans’ six points broke the South Rowan school record for points allowed in a game. The previous record was 12, set in 1964 against North Rowan.

“We’ve got our eyes on first place,” Smith said. “If we keep pushing and playing well, we’ll get what we’re supposed to get.”