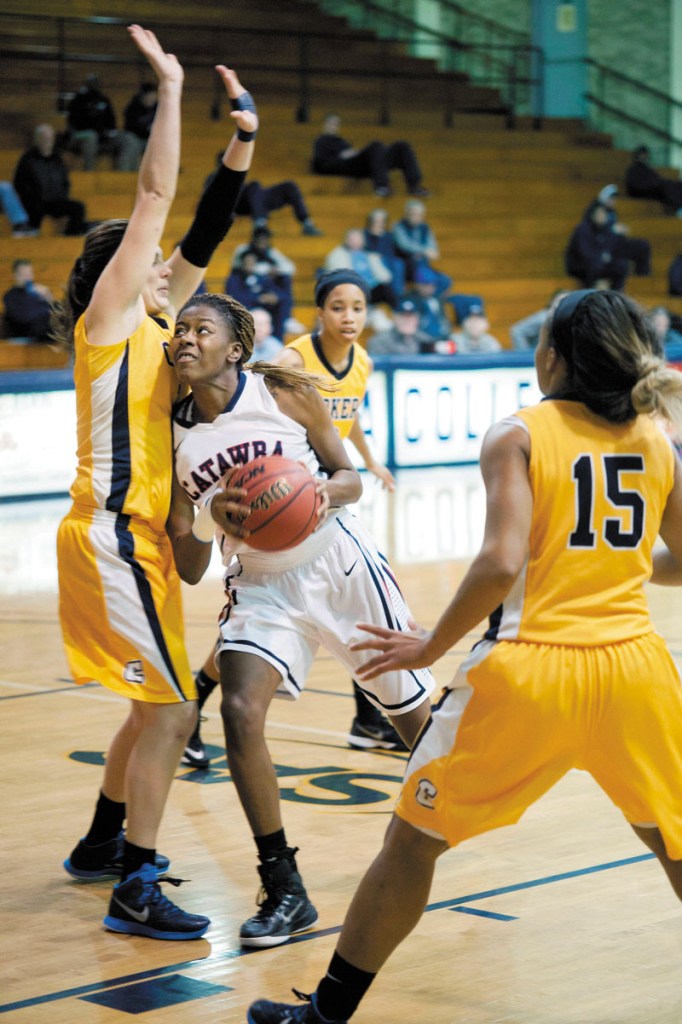 Catawba played without standout Jada Huntley but still overwhelmed Coker 52-24 on the boards, accumulating 20 rebounds on the offensive end.

Rogers and guards Bri Johnson and Serena Brown collected 10 rebounds each, as all three posted double-doubles.

Catawba struggled to a 33-31 halftime lead, mostly because of 12 first-half turnovers, but the Indians (8-6, 5-4) shot 58.6 percent in the second half and pulled away from the Cobras. Johnson finished with 15 points, while Brown had 10.

The key sequence in the game came midway through the second half when Coker (6-9, 2-7) was pressing effectively, had cut a 10-point Catawba lead to 49-43, and was in control of the ball.

But Catawba got a stop and a driving bucket by Chloe Bully. Next, Johnson fed Rogers for a layup after beating the press, and then Johnson buried a 3-pointer from the right corner.

After Zhaquondalee Greer fed Rogers for a layup, the Indians led 58-43 and were on their way.

Catawba is home against Mars Hill on Saturday at 2 p.m.