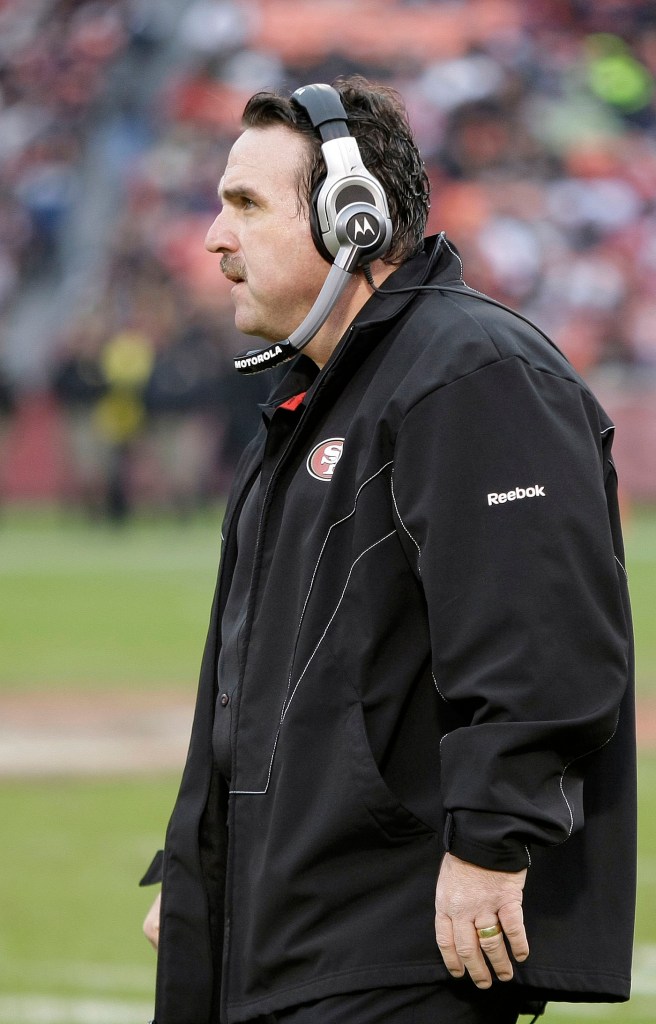 From Associated Press and Staff Reports

Tomsula is set to be formally introduced Thursday in a news conference at Levi’s Stadium.

He is the first Catawba football alumnus to become a head coach in the NFL.

Tomsula was in an Indians uniform for two seasons after transferring from Middle Tennessee State. He registered 109 tackles and five sacks.

Tomsula graduated from Catawba in 1989 with a degree in sports management.

Tomsula returned to the Indians in 1997 as a volunteer assistant under Catawba coach David Bennett. It was during that time, Tomsula slept in his car with his dog and cat and worked as a carpet salesman on the side to make a small bit of money.

Tomsula had a hand in making a championship-winning team in 2004 as defensive coordinator of the Berlin Thunder. As head coach of the Rhein Fire in 2006, the league’s final season, his team went 6-4.

Tomsula spent 10 seasons coaching at Catawba. The Indians made the playoffs five times, were conference champions four times, and went 86-29 with him on staff.

Tomsula replaces Jim Harbaugh, who parted ways with the Niners on Dec. 28 in what the team called a “mutual decision.” Harbaugh was introduced as Michigan’s new coach two days later following a successful four-year stint during which the 49ers reached three straight NFC championship games and a Super Bowl.

“After conducting a thorough coaching search, and meeting with a number of outstanding candidates, Jim Tomsula clearly is the right man to lead this team,” CEO Jed York said in a statement. “Jim is a great teacher and a tremendous mentor who conducts himself with great class and integrity.”

San Francisco went 8-8 last season and missed the playoffs for the first time in four years since Harbaugh arrived in January 2011, and the franchise is turning to a familiar face to get the Niners back on track to chase a sixth championship.

York said a day after the season ended he wanted to find a “teacher” to lead the franchise forward. Certainly a coach familiar with the operation was important as the 49ers build around quarterback Colin Kaepernick, who is coming off a disappointing year.

“I love my guys,” Tomsula said in a long sit-down with The Associated Press leading up to last season.

With the 46-year-old Tomsula’s hiring, there are questions about whether defensive coordinator Vic Fangio will depart given he wasn’t chosen for the top job and got leapfrogged by Tomsula.

“Our organization is excited to have Jim Tomsula leading this football team,” general manager Trent Baalke said. “We have had the privilege of working alongside Jim for the past eight seasons. He is a proven leader, teacher and mentor, and we look forward to seeing him apply his craft and vision to our team.”