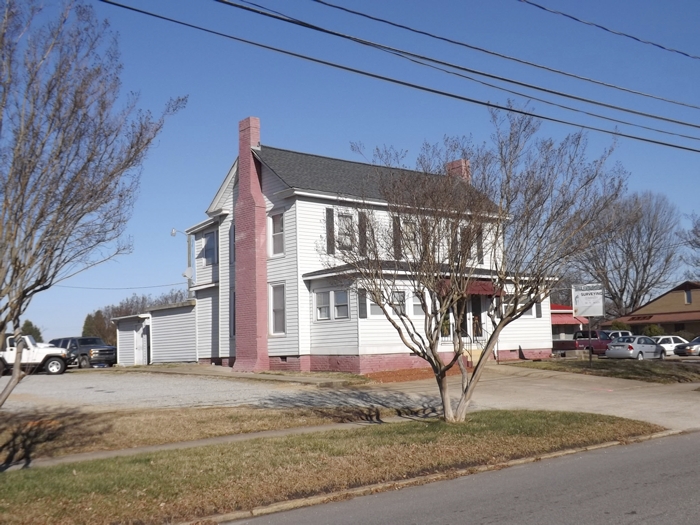 SALISBURY — The clock is ticking, but Historic Salisbury Foundation is trying to offer an incentive to anyone who might be interested in saving the house that has been the longtime home for Shulenburger Surveying Co.

The foundation will donate a vacant lot at 717 N. Main St., if someone will pay the costs of moving the original two-story portion of the circa-1900 house to the lot and rehabilitate it. The Shulenburger headquarters has been located at 516 N. Main St. for many years.

The Rowan-Salisbury School System now owns the Shulenburger site and has plans to demolish the house and its additions to make way for a new central schools office. Last week, the city’s Historic Preservation Commission approved demolition of the Shulenburger house.

Brian Davis, executive director of Historic Salisbury Foundation, said the foundation did not oppose the demolition, but it offered the option of the lot as a possible way to save the important part of the Shulenburger property.

Davis said the foundation asked Bill Burgin, architect for the central office, what kind of timeline it had for finding someone to move the house.

“Really, it’s within the next couple of weeks,” Davis said. The foundation, which supports the construction of a central office downtown, does not want to create any scenario that would delay construction of the new building, Davis added.

One  advantage to the Rowan-Salisbury School System — if the original house portion could be moved — would be the savings in labor and landfill costs associated with a full demolition.

Davis said he recognized the foundation’s offer is sort of a last-gasp effort to save a house, but “it’s still worth it if someone wants to take it on.”

The foundation itself cannot sustain the costs of a move right now because its plate is already full. The foundation’s revolving fund is currently being employed, for example, to save three other properties on North Main Street.

Davis said no one has expressed interest in moving the house yet, but the foundation had only publicized its offer through social media so far.

One drawback in moving the Shulenburger house might be the route it would have to take. Though it’s only two blocks from the lot HSF would donate, the house might have to follow a more circuitous route to avoid the railroad crossing on North Main Street, Davis said.

The route would probably have to be North Main, to West Cemetery, to North Church, to West Henderson and back to North Main.

Davis is a veteran of moving structures, having moved 10 in his previous preservation role in Galveston, Texas. He estimated the costs of moving the Shulenburger house and putting it on a new foundation at $50,000 to $60,000.

Because of the alterations and additions that happened to the property over the years, the Historic Preservation Commission did not consider the Shulenburger property as a “contributing” site to the North Main Historic District. But Davis said that doesn’t mean it couldn’t be contributing once the original portion of the house was saved, moved and restored.

It will partner with the city’s Community Appearance Commission to sponsor a volunteer work day at those three sites, plus 1131 N. Main St., where trees will be planted.

Anyone interested in the work day is being asked to bring things such as gloves, pruning shears, rakes and shovels.