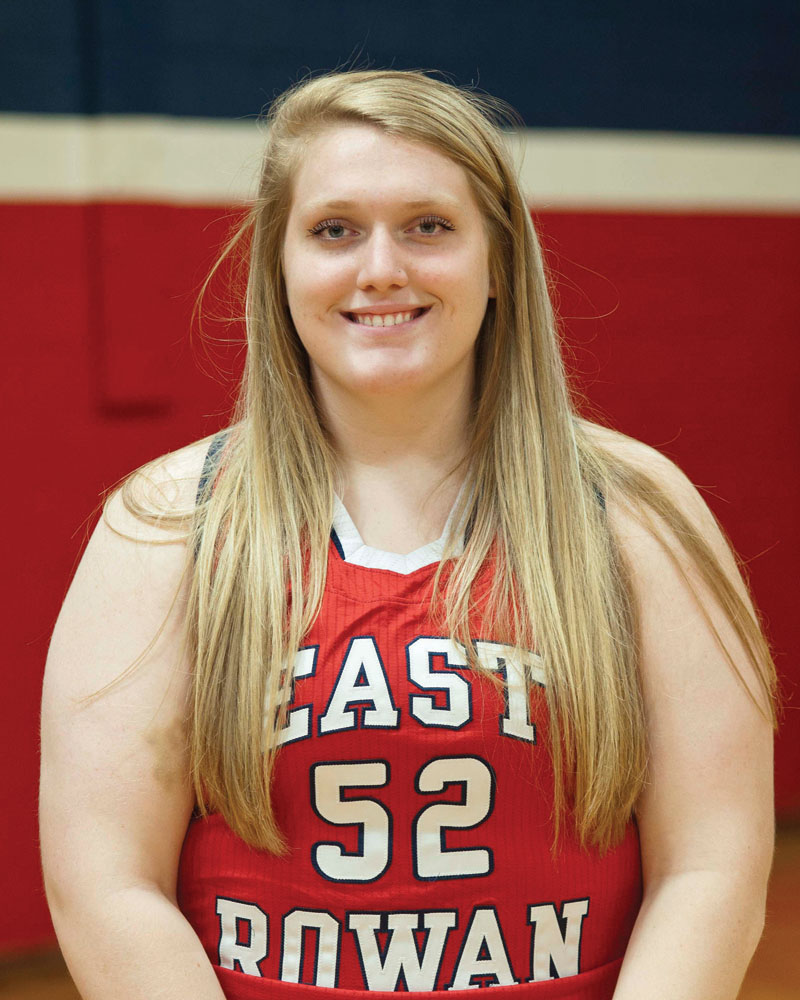 East Rowan’s Kelli Fisher signed with UNC Asheville, but she has a chance to take her talents to Chicago for one night in April. The senior center from East Rowan was nominated to play in the annual McDonald’s All-American Game by head coach Danielle Porter.

Fisher learned of the nomination how most teenagers learn of such things — Twitter. She said she was on her computer after finishing exams Wednesday and saw her AAU team tweeted she was put up for the game.

“I was shocked, really, because I looked through the list and there are big names from North Carolina, and it’s crazy to see my name up there with names like that,” Fisher said.

Fisher is one of 13 nominees from North Carolina and 329 from across the nation. Texas had the most of any state with 39. Florida had 29 players nominated for the game, and Oregon had 25.

“It’s esteemed,” Porter said. “That is a special group of athletes nominated and chosen. So it’s something she can be proud of.”

The rosters for the McDonald’s All-American Game will be announced Jan. 28.

Through 14 games this season, Fisher averages 17.4 points and is a double-digit rebounder night in and night out. She scored a season-high 25 points Dec. 12 against Northwest Cabarrus, the same night she eclipsed the 1,000-point mark. She has yet to score below 13 points in a game this season.

“I just try to do what I can for the team when I’m expected to do it,” Fisher said.

Porter gave Fisher an A-plus grade as East Rowan is at the midpoint in its South Piedmont Conference schedule.

“She’s battled against every team,” Porter said. “Offensively, she’s been strong and steady. She’s smart. She knows how to use her body. She’s been the one who’s stood tall and carried us through.

“Physically, she’s struggled with her knee, but she’s played through it. So that shows mental toughness.”

“As a team, I think we’re coming out strong after our two losses,” Fisher said. “We’re trying to go back in the right direction.”

Fisher has a good chance of cracking the top four in career scoring at East Rowan. She is tied for sixth with Cristy Earnhardt-McKinney at 1,151 points. Karleigh Wike, now a freshman playing for Richmond, is fifth all-time at 1,170 points. Ashley Collins, who graduated from East Rowan in 2009, sits just ahead of Wike in fourth with 1,175.

Fisher’s play on the court has been stellar this season, but her demeanor off the court also impresses Porter. Before the season started, Porter said Fisher is a nice to everyone at East Rowan and is one of the most popular students.

“She is an awesome player. Otherwise she is just an all-around great person,” Porter said Wednesday. “…She is special to me and our program, and I wanted to celebrate her with a nomination like this.”