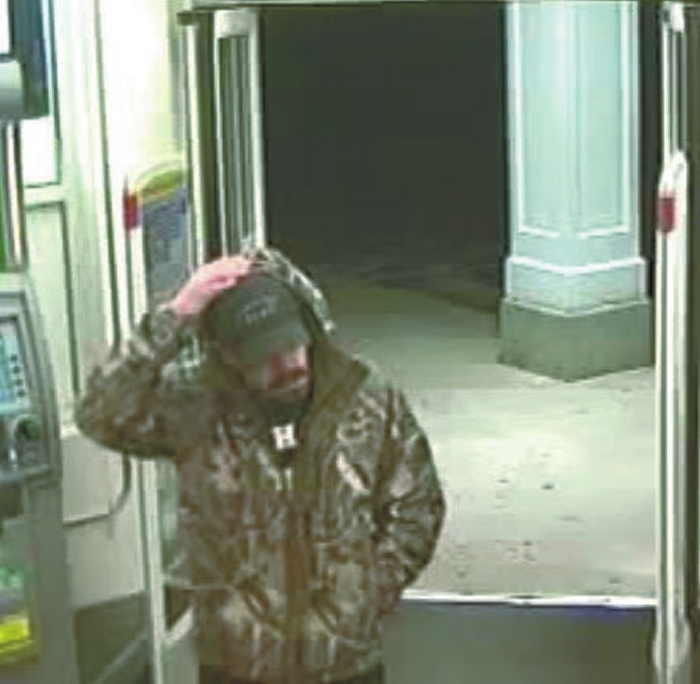 Salisbury Police are looking for this man, seen in surveillance video still images, who they say robbed the East Innes Street CVS on Friday night. He is believed to be the same man who walked into a CVS in Rockwell in December. Submitted photo

Police say a gunman walked into CVS Pharmacy Friday night, forced employees to the floor and walked out with pills. No arrest has been made at this time.

There were three employees at the pharmacy, located at 1702 E. Innes St., during the 8 p.m. robbery, but no one was injured. Salisbury Police say a white male came into the store wearing a black hat, a camouflage jacket and was carrying a silver revolver.

The robber made an employee open two safes from which he took Opana and Oxycodone. He bought his own bag that the pills were placed into, a report said.

He took the pills and left. It is not clear if there were customers inside the store during the robbery. Police say the description of the robber matches a similar description given in a Rockwell CVS robbery that occurred Dec. 18.

In the Rockwell incident, officials say a white male wearing a camouflage jacket and pants walked into the CVS in Rockwell and demanded pills from a pharmacist. In that incident, the suspect had a black handgun and also had his own bag. He received several different types of prescription pills and left on foot. The Rockwell CVS was robbed around 8 p.m. No one was injured.