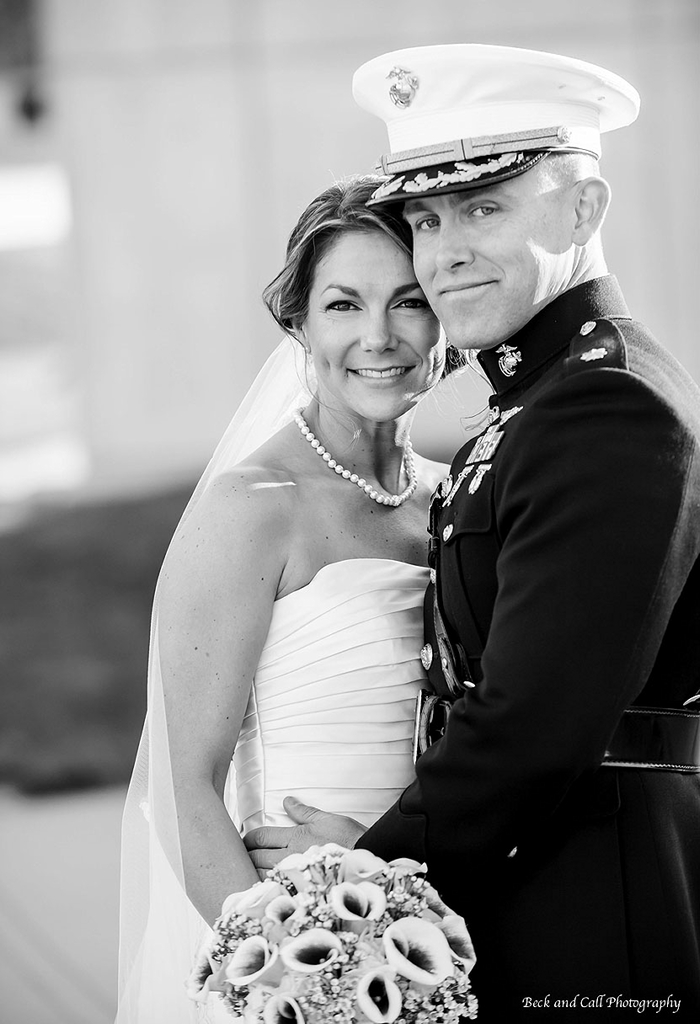 QUANTICO, Va. — Dana Michele Dlugach and Major Corbin Massey Murtaugh were united in marriage Nov. 15, 2014, at the Semper Fidelis Memorial Chapel on the grounds of the National Museum of the Marine Corps. Father Kevin Downey officiated the 6 p.m. ceremony, which was followed by a reception at the museum.
The bride was escorted by her father, Michael Brent Dlugach, and attended by Lauren Nollette of Alexandria, Va., as maid of honor. Bridesmaids included sister of the groom Colleen P.M. McDonald; Erin Lotz; and Lindsay Batie. Serving as flower girls were twin sisters Mia Katherine and Caroline Grace Rilette of Potomac, Md., nieces of the bride.
Major Carlos Chavez of San Diego, Calif., stood as the groom’s best man. Groomsmen were Major Jason Nollette, Major Joe Welch and brother of the bride Brent Dlugach.
The bride is the daughter of Michael and Mary Ellen Dlugach of Germantown, Tenn. She graduated from the University of Alabama with distinction and is the Medical Education Program Manager for K2M, a medical technology company.
The groom is the son of James and Patricia Murtaugh of Salisbury, N.C. and grandson of Ethel Massey of Horseheads, N.Y. A graduate of West Rowan High School and magna cum laude graduate of Appalachian State University, he is a helicopter pilot with the United States Marine Corps.
The couple currently lives in Occoquan, Va.