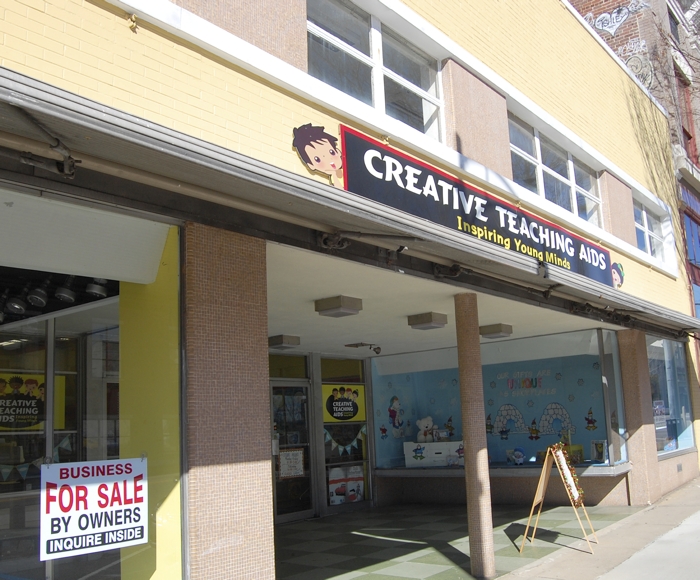 The owners of a downtown business that caters to educators have decided to sell their store.

Alan King, one of the partners who owns Creative Teaching Aids, said the group has decided they’re unable to provide the business and its customers with the energy they deserve.

The store is owned by King and his wife, Joy; Pam and Daryl Honeycutt; and Mary Lynn and Steve Misenheimer. They bought it in Decemeber 2009 from former owners Ken and Margarete Crysel, who retired.

The group has more than 100 years of educational experience between them.

Personal and family responsibilities are the reason they’ve decided to sell the business, King said.

The store sells everything from instructional supplies to bulletin boards and has been in Salisbury for more than 30 years. It’s located at 310 S. Main Street.

A statement from the group reads, “It has indeed been an exciting, rewarding, and profitable opportunity to serve teachers, parents and students during the past five years. We are optimistic that the right buyer will step up to purchase the business.”

Alan King said the decision to put the store up for sale wasn’t an easy one and that the owners will miss working with their customers.

He said the group made the decision to sell after much discussion late last year.

He said the majority of their customers are local, but that they also had customers from neighboring counties and across the region.

“We’ve enjoyed it,” he said about their time with the store.