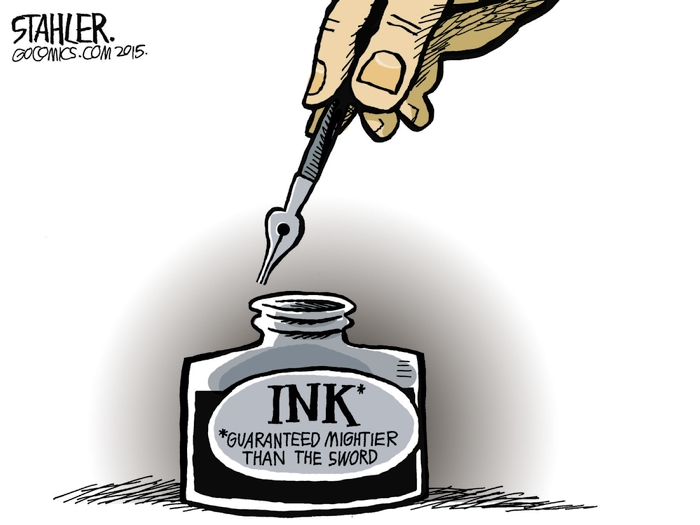 The terrorists who gunned down the staff of Charlie Hebdo newspaper in Paris may think they have silenced their enemies. Instead, they have given birth to millions more.

Most Americans never heard of Charlie Hebdo before Wednesday’s massacre. The provocative, satirical weekly dared to spoof Islam — as well as Christianity and Judaism — and published insulting cartoons of the prophet Muhammad. As a result, its offices were firebombed in 2011. The magazine’s editor, writers and cartoonists refused to be bullied, and they bravely — some might say foolishly — continued to antagonize those who threatened them. A bodyguard was assigned to protect the editor. The guard was among the 12 people slaughtered Wednesday.

The gunmen who murdered the magazine’s staff did so in the name of Allah, in their extremist view, and believed anyone who spoofed the prophet Muhammad or their faith should die. The Muslim Councils of France and Britain, have denounced the attack, as have many Muslims. “We are horrified by the brutality and the savagery,” one imam said.

Some will say Charlie Hebdo’s leaders asked for it. They defied dangerous people and ignored warnings. Regardless of its message, though, Charlie Hebdo exercised free speech and free press rights recognized in democracies around the world. The first step toward repression is to intimidate critics and silence free speech.

Journalists are often seen as adversaries by those who want to control news, but this is something much darker and more sinister. ISIS beheaded two journalists. Now a group of terrorists has leveled a Paris newsroom. Free people everywhere must band together to protect every person’s right to speak freely. Attacks on the reporting of news and the free expression of opinion are attacks on freedom itself.

Leonard Pitts: For NYPD, no defense for the indefensible