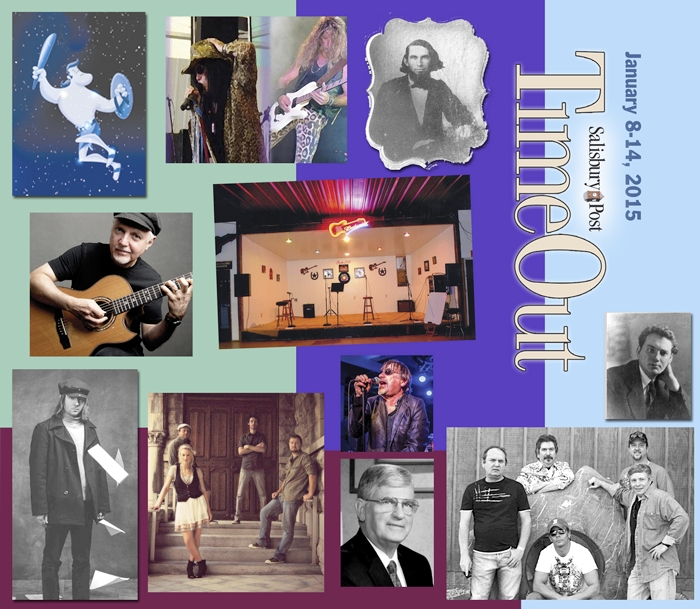 Join the Horizons Unlimited staff for an afternoon of fun and learning on Jan. 10.

The programs are aligned with numerous scout badges, but are also open to the general public.

Winter Walk in the Woods

Join us on the Tom E. Smith Nature Exploratorium for a seasonal journey into the wild with Horizon’s science specialists. Observe animal habitats, discover ways to identify evidences of animals and create an awareness of environmental stewardship.

Stories of the Night: Children’s books and clear night skies capture the imagination. This planetarium program explores night time guided by several children’s books such as “My Place in Space” by Robin and Sally Hirst. Concepts addressed include day and night, nocturnal animals, current night sky and our place in the universe.

Legends of the Night Sky, Orion Laser Show: This full-dome laser production takes a lighthearted and imaginative look at the myths and stories associated with the constellation Orion, the great hunter of the winter sky.

Laser U2 Show: Audio-Visual Imagineering presents an entertainment laser show featuring U2’s hits set against a backdrop of the latest laser art. Parental guidance suggested; some songs may contain lyrics and images that may be perceived as inappropriate for sensitive audience members. Playlist at www.av-imagineering.com/laser-u2/

Check out the new planetarium website for a listing of programs throughout the 2014-2015 school year at www.rss.k12.nc.us/horizons-unlimited-margaret-c-woodson-planetarium

Making music at the Hot Rod Barn: Bluegrass, gospel and country music jam session fires up alongside the classic cars

Mike Williams and Shirley Ingram searched for a building with ample space for more than a year because the small garage Williams had jammed in for years had simply run out of room. Williams finally found a building with more space  almost in his own back yard.

The building is equipped with heat and air and is located at 807 Yost Road. It is owned by Wayne Bradshaw.

The building itself is called The Hot Rod Barn and houses a collection of muscle cars owned by Bradshaw. In the rear of the building is another section where Bradshaw had been storing things such as tables, chairs and restaurant booths. He had also built a bar and a stage where his own band could practice their music and maybe entertain friends.

As one enters the rear section through double doors, a large neon sign lights up that says “Open” then “Cotton Eyed Joe’s.” So now we have Cotton Eyed Joe’s located in the rear of the Hot Rod Barn.

When the stage is set and the lights are dimmed in the seating area, the music starts. Williams prefers catering to seniors and a good clean family atmosphere will be maintained. There is enough room on the dance floor to slow dance or maybe even clog, but line dancing is prohibited, as it takes up too much space.

Musicians and listeners sign two different books as they enter Cotton Eyed Joe’s. Williams writes the musician’s name on a large board and throughout the evening each singer or musician takes his turn.

There are plenty of lighted parking spaces near the building and there is no charge for the entertainment.

Furnished are soft drinks, coffee, tea and water. There is no alcohol allowed on the premises, or foul language. There is no smoking inside but smokers may go outside to a designated area.

The outpouring of support has been awesome, says Williams. Many new faces, both listeners and musicians, have come forward. Some of the musicians have even been on TV or in the news, and have played with the best, he explains.

Cotton Eyed Joe’s is located inside the Hot Rod Barn at 807 Yost Road.

The acoustic jam session will be held on Saturday nights from 7 until 9 p.m. Doors open at 6 p.m.

Directions: Take Webb Road exit from I-85. Head east onto Webb Road then turn right onto Yost; the Hot Rod Barn is 3/10 of a mile on the left.

On Sunday, Jan. 11, Uncle Buck’s will start its Sunday schedule with music by Nathan Kalish & The Last Callers playing from 4 to 6 p.m.

There will be live music one Sunday a month.

Gold Hill — Registrations are now being accepted for groups or individuals for the Morgan Ridge Vineyards & Brewhouse Polar Putt Putt Tournament that is scheduled for Saturday, Jan. 17.

The cost is $20 per person. Shotgun start is at 1 p.m. The event will be held inside the heated pavilion.

Teams will be determined by PGA professional Bill Gombert. Prizes will be awarded for the best team score and any holes in one.

$5 brats and burgers will be available “at the turn.”

Becky Foster is caught in middle age, middle management and in a middling marriage—with no prospects for change on the horizon. Then one night a socially inept and grief-struck millionaire stumbles into the car dealership where Becky works. Becky is offered nothing short of a new life.

“Becky’s New Car” is an original comedy with serious overtones, a devious and delightful romp down the road not taken.

The Carolina Panthers will collaborate with Piedmont Players Theatre as the producing partner of their upcoming production of “Lombardi,” a play that follows legendary Green Bay Packers coach Vince Lombardi.

Owner Jerry Richardson, a native of North Carolina, was a former wide receiver for the Baltimore Colts.

Join Downtown Salisbury Inc. and the City of Salisbury for an evening of engagement with community members.

Together participants will help to provide feedback on what they’d like to see in the downtown district.

RSVP is requried to participate. Each focus group will begin with a 30 minute reception. Participants will receive Downtown Dollars as a thank you and will be entered to win door prizes from downtown merchants.

The events will be held at the Salisbury Business Center & Integro Technologies.

This focus group is for people who no longer have children living at home and are interested in the future of Downtown Salisbury. RSVP to http://goo.gl/v5VRtu

This focus group is for people who still have children living at home and are interested in the future of Downtown Salisbury. RSVP to http://goo.gl/jlrdqY

Similar events in the future will offer opportunities for other groups to provide their feedback as well. Downtown Salisbury Inc. is located at 204 E. Innes St., Ste.260, 704-637-7814.

Entering their second decade as an ensemble, the Raleigh-based four-piece  elegantly reconciles the past and future, tradition and innovation, having recently released their sixth studio album.

Phil Keaggy — One night only. Phil Keaggy, recently named the Greatest Christian Rock Guitarist of All Time by Classic Christian Rock Zone, is coming to play the LIVE at Lee Street concert series on Friday, Feb. 6.

One of the world’s most beloved musicians, Keaggy’s solo career has spanned 40+ years and has included more than 50 solo albums, both vocal and instrumental, as well as three releases with his band, Glass Harp.

In conjunction with the 150th anniversary of Stoneman’s Raid on Salisbury and the end of the Civil War, Historic Salisbury Foundation, Rowan Museum and Salisbury Confederate Prison Association will organize an exhibit which explores the people and emotions connected with this part of America’s history.

Salisbury was the location of the only prisoner of war camp in North Carolina during the Civil War.

Constructed on 16 acres surrounding a former cotton mill, it was designed to hold 2,500 prisoners, largely comprised of Union Soldiers. Toward the end of the war, more than 10,000 men were detained within its stockade. The prison was closed in February 1865, just two months before Union General Stoneman occupied the town.

The exhibit will give a photo and brief background about each soldier — whether prisoner, prison guard or other support troop associated with the Salisbury Prison.

It will link their descendant to them, provide a photo/personal context and create a dialogue about what it means to have an ancestor associated with the former prisoner of war camp.

To obtain the form for descendants of soldiers, visit http://historicsalisbury.org/get-involved/family-connections

Stories will be displayed at the Rowan Museum, Hall House Museum and at other locations throughout Salisbury, in time for the 150th anniversary of Stoneman’s Raid of Salisbury, on April 12.

Descendants of soldiers with a connection to the Salisbury Civil War Prison are encouraged to contact Historic Salisbury Foundation at 704-636-0103 or hsfarchives@gmail.com and to complete the Family Connections Form by Feb. 20.