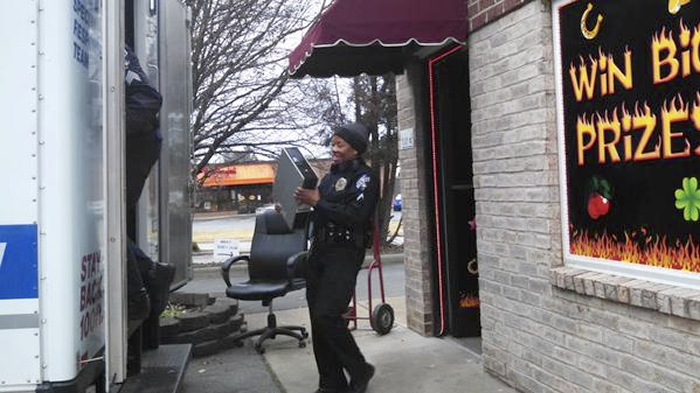 Salisbury Police officers seized computer equipment and money from three sweepstakes cafes that were immediately shut down this morning. The seizure comes nearly three months after Salisbury Police Chief Rory Collins issued a letter to the businesses informing them they were operating illegally and would face being forced to close.

The letter Collins sent said police would enforce the state law after Jan. 1. An undercover officer was sent in to verify whether the businesses were still operating after Jan. 1 and discovered they were, a police statement said.

Police officials said after the letter was sent, about 75 percent of the businesses closed.

Police seized 200 computer towers from the three businesses and a sum of money.

There will be pending charges on the owners of the establishments, the statement said.

‘Drug kingpin of Enochville, Brandon Rumple, charged with having…