Football Legend: Salisbury native a pioneer north of the border 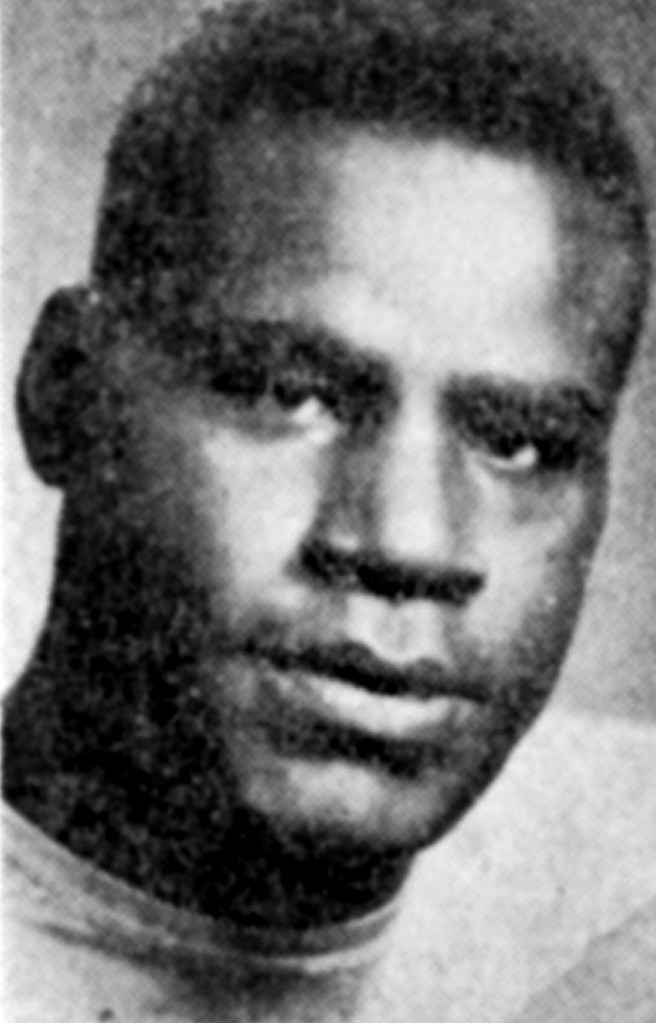 It was Oct. 23, 1954, and Toronto Argonaut defensive lineman Oatten Fisher made an astonishing play in an Interprovincial Rugby Football Union game against the league’s strongest team, the Montreal Alouettes.

Fisher, who was 6-foot-3 and weighed 225 pounds, snatched a pass out of the air at Toronto’s Varsity Stadium and the 30-year-old sprinted 92 yards for a touchdown that was worth five points to the Argonauts. That play keyed Toronto’s 30-24 upset victory, and Fisher was lauded as the IRFU’s player of the week.

It took another four years for the IRFU to make its transformation into what is now called the Canadian Football League, but the Argonauts are still around, and Fisher’s play remains one of the franchise’s shining moments.

Fisher has been on the candidates list of the Salisbury-Rowan Hall of Fame committee for a number of years, but it’s been difficult for him to be elected because so little was known about him. No stats. No dates. No specifics.

The committee for the Hall of Fame starts its selection process in a few months for the class of 2015.

While much of Fisher’s life story is a mystery, the puzzle pieces of his athletic career north of the border fit now. The key was searching for him with a correct spelling of his first name — Oatten instead of Otten.

While searching 1955 microfilm for another story, a short but fact-filled Post article on Fisher was discovered. That led to a yellow file with key items like his date of birth, the year he graduated from J.C. Price High, the dates of his military service, where he went to college, and the years he played professional football.

We wish we knew more, but we know more than we did. Fisher was outstanding, and we know he was a pioneer.

Professional football had no black players from 1933 to 1946. In 1946, the NFL’s Los Angeles Rams took the first step by signing Kenny Washington and Woody Strode. Also in 1946, Montreal Alouettes GM Lew Hayman signed Herb Trawick, a black American lineman who had played at Kentucky State. Hayman watched the city of Montreal embrace Jackie Robinson as a member of the Montreal Royals during the summer of 1946 and figured the time was right to break down football color barrier in Canada.

Fisher was born April 1, 1924. He graduated from J.C. Price High in 1943, so his final season as one of legendary coach S.W. Lancaster’s players was 1942. Price had a strong team that year, although it was an unusual season because of travel restrictions brought on by the county’s entry into World War II.

In October 1942, the combination of reduced numbers of able-bodied males and gasoline issues forced Livingstone president W.J. Trent to announce the cancellation of the college’s football program until after the war.

Price had 30 players, including 15 lettermen, and opened the 1942 season on Oct. 2 by crushing Statesville’s Morningside High 40-0. Price lost a defensive struggle to High Point William Penn, but the Red Devils rebounded with a 53-0 thrashing of Chatham County Training School in a game played in Lexington. They followed that with a walloping of Belmont Reid.

Price played a group billed as the Livingstone All-Stars twice that season, and Fisher led the high schoolers to victories over the older players on Veterans Day and Thanksgiving. In a 14-7 victory at Livingstone on Thanksgiving, Fisher threw a scoring pass and ran for a score as well.

Fisher entered the U.S. Army on Nov. 22, 1943. He served as a postal clerk and was stationed in San Francisco. On April 22, 1946, Fisher was honorably discharged from the service at Fort Bragg.

College football was next for Fisher, and that Post article indicated he was “a star” at  both North Carolina A&T and at North Carolina College (now N.C. Central), where he graduated in 1950.

It was after that Fisher headed to Canada to play for the Toronto Balmy Beach Beachers of the Ontario Rugby Football Union. That league was a notch below the Interprovincial Rugby Football Union, which included Canada’s big four teams  — the Alouettes, the Argonauts, the Hamilton Tiger-Cats and the Ottawa Rough Riders.

Fisher became an all-star tackle for the Beachers.

In 1951, he moved up to the Argonauts and became a starter. Making a roster for an IRFU team was difficult. Not only were there only a handful of top-level teams, athletes often played both offense and defense, and rosters in Canada in the 1950s were set at 28. Those 28 men included a limit of 12 imported players (Americans) per team. So Fisher had to be special.

In 1952 and 1953, Fisher was back with the Beachers. In 1952, he was honored as team MVP and as the team’s “most sportsmanlike player.” In 1953, he was named team captain. He was the first American, black or white, to serve as the Beachers’ captain.

In 1954, Fisher again made the Argonauts’ roster. That’s the season he produced his 92-yard interception return for a touchdown. The pick-five.

He returned to the Beachers for the ’55 and ’56 seasons. Fisher spent the 1957 and 1958 seasons with the London Lords of the Ontario Rugby Football Union, where one of his teammates was, amazingly enough, Salisbury native and J.C. Price graduate— Jimmy Thompson.

Fisher was a three-time ORFU all-star.

The next season, Fisher made the roster for the CFL’s Calgary Stampeders. It turned out to be his last season as a player on the football field.

It was the end of a long pro career filled with achievements.

College basketball: Livingstone men glad to be at home