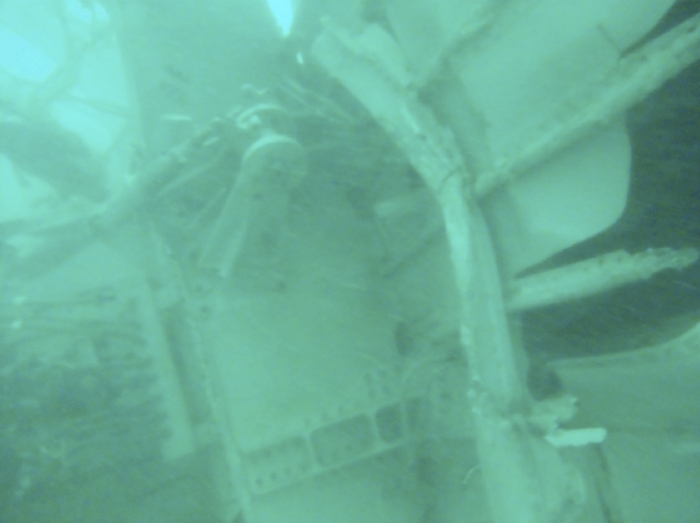 In this undated underwater photo released by Indonesia's National Search And Rescue Agency (BASARNAS) on Wednesday, Jan. 7, 2015, the part of the wreckage that BASARNAS identified as of the ill-fated AirAsia Flight 8501, is seen in the waters of the Java Sea, Indonesia. Divers and an unmanned underwater vehicle spotted the tail of the missing AirAsia plane in the Java Sea on Wednesday, the first confirmed sighting of any major wreckage 11 days after Flight 8501 disappeared with the passengers and crew members on board. (AP Photo/BASARNAS)

Divers and an unmanned underwater vehicle spot a piece of wreckage, which could lead to Flight 8501’s black boxes, 10 days after it disappeared. INDONESIA-PLANE

A suicide bomber driving a minibus with explosives kills at least 30 people as cadets gathered near a police academy in the capital, Sanaa, officials and witnesses say. YEMEN

3. WHAT MAY BE SOON FLYING OVERHEAD

The president’s challenge now is figuring out how to prevent this momentum from being more than just a blip on the radar. OBAMA

The FBI will question patients at an El Paso veterans’ hospital who may have witnessed a shooting that left two people dead, including the suspected gunman. VA HOSPITAL SHOOTINGS

6. HOW ONE MAN HOPES TO WIN HEARTS AND MINDS

7. WHAT IS ALL THE RAGE ABOUT NUTS

The Korean Air Lines executive who kicked a crew member off a flight for serving her nuts in a bag instead of on a dish faces official charges. SKOREA-KOREAN AIR-NUT RAGE

8. DON’T SOUND THE DEATH KNELL FOR THE PC JUST YET

Tablets haven’t yet put PCs out to pasture and manufacturers are trying to make sure the PC stays relevant in a mobile-happy world. GADGET SHOW-CHANGING PCS

For the first time since November, Bill Cosby performs in Canada and the reception is certain to be mixed for the embattled comedian. CANADA-BILL COSBY

10. WHERE THE HALL OF FAME FOCUS IS TURNING