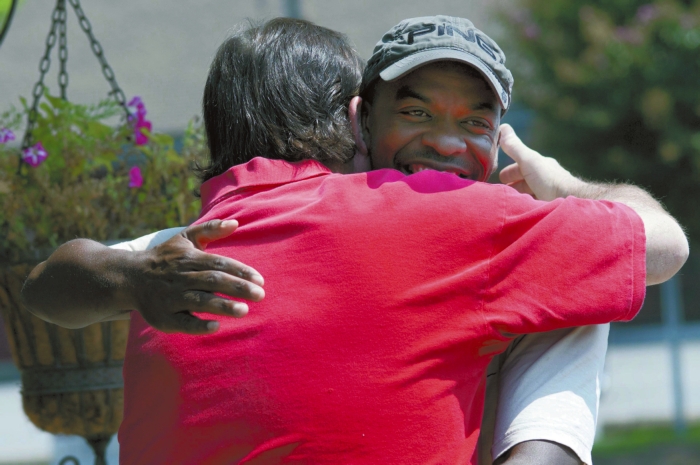 There are stories we love to tell.

Each day at the Salisbury Post, we do our best to report all the news. Many times, that news isn’t what you’d call happy. Sometimes it’s mundane, sometimes it’s tragic.

But a big part of our job is to tell readers the good things going on in our community, and that’s a part of the job we do happily.

Those are stories about people who inspire: people such as Martin Thorne, who went from not being able to walk to his mailbox without wheezing to running ultra-marathons; or Helen Beaver, who has spent 50 years helping to shape boys into young men with the Cub Scouts; or 13-year-old Hannah Roberts, who in spite of a cancer diagnosis is not about to give up on her dream of playing softball in college and for the national team.

Those are a few of the stories we told in 2014. Here are just some of the others:

All in the family

Family is important in our neck of the woods, and the Post likes to tell stories of families that have achieved, that overcome, that have found one another.

• In January, James Sipes of Cleveland noticed he had a Facebook friend request from Jeff Dorsey. Even though he didn’t recognize the name, Sipes accepted the request.

He was glad he did.

In June, Caleb Barnhardt was named the Salisbury Fire Department Rookie of the Year by the Salisbury Rotary Club. He had some familiarity with the award. His father, Rick Barnhardt, won it in 1992.
They share something else — and it’s probably the reason they both won the award — a passion for the job.

“I love it,” Caleb said. “… I liked helping people and using my talents and ability to do something good.”

• 2014 was a year for sibling reunions. Several local women knew they had a baby sister, but for years couldn’t find her.

The girls were removed from their home as children and sent to different places. The four oldest sisters stayed in touch, but had nearly given up hope of ever again seeing their youngest sister, who had been adopted.

After more than three decades, though, they used the Internet to reconnect, and they all came together in Rowan County: Tammi Summers, Traci Crosby, Pamela Walker, Shonda Sims and their long-lost sister Katie Adams.

“It’s like a puzzle that’s missing just one piece, and now we found that one piece,” Crosby said. “… We’re all complete. It’s the best feeling in the world.”
Friends forever

• When Steve Murph’s Volkswagen bus crashed and caught fire on U.S. 601 in May, he was stuck inside until a stranger stopped, broke out a window and helped pull Murph out just before the vehicle exploded.

Murph didn’t know who that was until a few months later, when he finally got to meet Trent Clement, who had used his landscaping tools to bust the window.

“I beat on it probably 10 times,” Clement recalled in August. “I busted out the side window, and his arm fell out. Then his head fell out, and we pulled him out. I told him, ‘You ain’t gonna die on my watch.’ ”

It was an emotional meeting for both men.

“God sent you to me,” Murph said. “I was so upset. There was another guy there, but I couldn’t figure out who he was. We are friends for life.”

• A chance meeting brought them together. A lifesaving gift has made them part of one another’s lives.

Pastor Tim Jones and gospel singer Don Herbert met when Herbert’s wife convinced him to stop at a craft and bake sale that turned out to be at Jones’ church. It wasn’t until later however, that Jones learned Herbert had serious health problems and needed a kidney.

Jones prayed about it, and decided to give one of his kidneys to this man he barely knew. He reasoned if it gave Herbert and his wife more time together, the sacrifice would be worth it.

“It gives them hope — that’s something they didn’t have before,” Jones said.

• Friends can come in all shapes, sizes and species.

Meter, a black Labrador retriever, certainly is a friend to Caden Farmer, as shown in a May story. Caden, a Winecoff Elementary first-grader when the story appeared, has Type 1 diabetes. Meter is specially trained to alert those caring for Caden — his mom or teacher, for example — if his blood sugar levels go too high or too low.

Caden and Meter are constant companions at home and school.

“I feel great when she’s around,” Caden said.
Love stories

Everyone loves a good love story, and they’re not just for Valentine’s Day.

• Marvin and Julia Wood first noticed each other passing in the halls at Dunbar High School in the early 1940s. After courting two and a half years, they were married.

That’s 70 years of staying together through good times and bad, through hardship and prosperity, raising five children and seeing two of them precede their parents in death.

Devoted to their faith, their family and to one another, the couple said their secret to long-term marital bliss was simple:

“We’ve enjoyed being together,” Marvin said.

• A love story can even come from the rubble of a fast-food restaurant.

In October, as the Wendy’s on East Innes Street was about to be demolished to make way for a new one, Chuck and Jayne Petrea recalled how they’d met there in 1976 as some of the first part-time employees of the then-new burger joint.

Before too long, they started dating. And even though they both moved on to other part-time jobs before finishing high school, they stayed together and married in 1979.

Married for 35 years, the Petreas have children and grandchildren.

And it’s a good bet they all love Wendy’s.