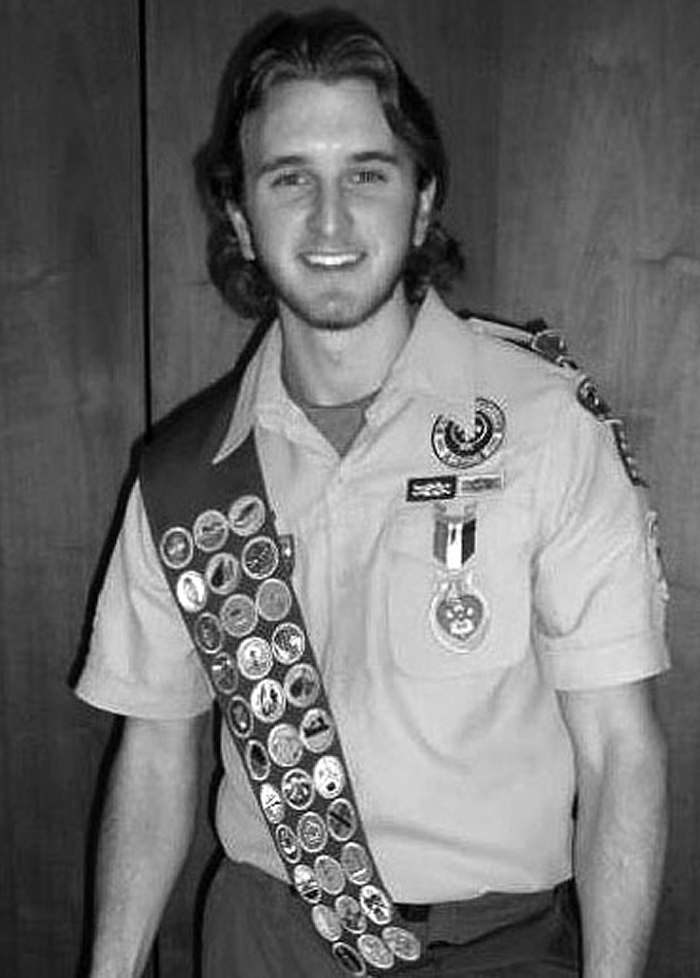 Robert Young Clement, II has earned the Eagle Scout Rank. Bobby is a member of Troop 333, St. Matthews Lutheran Church, Salisbury. A member of Cub Scout Pack 333 as a Webelo, he earned the Arrow of Light Award and God and Country Award.
Bobby has earned 31 badges in his journey to Eagle Scout. He was received into the Order of the Arrow in 2012.
For his Eagle Project, Bobby built a prayer garden honoring his dad, fallen police officer Robert Clement, his maternal grandparents, Jim and Helen Hill and his uncle, Paul Hill. Dedication for the prayer garden was held at Liberty United Methodist Church on Oct. 12, 2014, with church pastor Rev. Charlie Curtis officiating.
Bobby is a senior at East Rowan High School. During his freshman year, he received the Best Drill Cadet from his ROTC unit. He has participated in Robin Sage, a training class for Army special forces.
He is also taking classes to be certified as a Volunteer Fire Fighter with Liberty Fire Department. He is a member of the East Rowan Cross Country Team and is an avid outdoorsman. Bobby plans to attend college and eventually join the Marine Corps, following the footsteps of his father and his grandfather.
Bobby’s Court of Honor Eagle Ceremony was held at Liberty United Methodist Church in Gold Hill Sunday, Dec. 7. Scoutmaster Mike Rowell led the service. Speakers included Bobby’s uncles and cousins, who are all Eagle Scouts from Troop 333.
Bobby is the 91st Eagle Scout in Troop 333 since its beginning in 1950. He was also presented the Webelos Award by Troop 333 Cub Pack leader Renee Ritchie.
Bobby presented an Eagle pin to his mother and father, Lunda and Eric Eller; and a mentor Eagle pen to his uncle,Tom Hill.