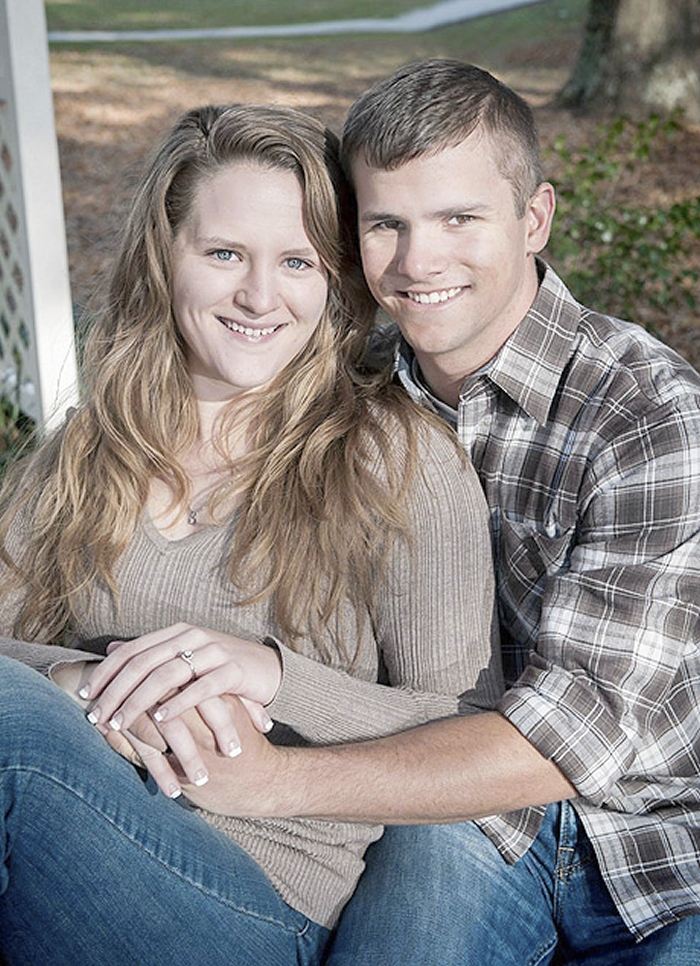 Marilyn Jane Goodman and Robert Ivory McNeill of Pembroke are pleased to announce their engagement.
Marilyn is the daughter of Wayne Goodman and the late Jane Harrison of Spencer. She is the granddaughter of Mildred and the late Thomas Goodman of Salisbury and the late Doris and Bill Harrison of Spencer. She graduated from North Rowan High School in 2010; the University of NC at Greensboro in 2014; and is currently in Graduate School at the University of NC at Pembroke in the Clinical Mental Health Counseling Program.
Robert is the son of Shelia and Steve McNeill of Sanford. He is the grandson of Mary and the late Calvin McNeill of Sanford and the late Glenn and Marie Lawrence of Cameron. He graduated from Western Harnett High School in 2008 and is enlisted in the Army National Guard where he served in a combat deployment to Afghan­istan in 2012. He is also a Police Officer in North Carolina.
The wedding is May 16, 2015, at Milford Hills United Methodist Church in Salisbury.