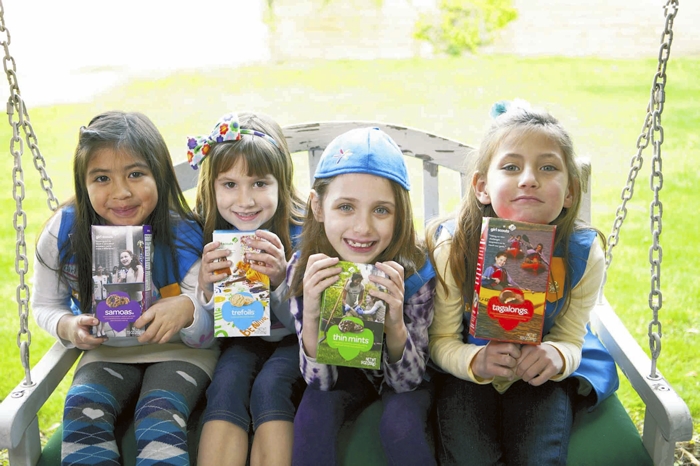 For nearly 100 years, Girl Scout cookies have been a favorite American tradition. This year, they’re easier to purchase than ever before with a new online ordering option.

“The girls had been asking for it for years,” said Angela Woods, CEO of the Girl Scouts Hornets’ Nest Council. “We’ve been in conversation with the national organization for quite some time.”

Preorders began Dec. 15 and will go through the end of January. Cookies will be delivered at the end of February, and local girl scouts will sell boxes of cookies at booths through mid to late March.

Those interested in online ordering do have to go through an individual Girl Scout’s ordering page.

Woods said the organization is particularly trying to target the older Girl Scouts and get them more engaged in fundraising.

“It’s going to be exciting to see how our top sellers use this option,” she said.

“They were pretty excited to be able to actually do this online,” said Dee Liddle, a troop leader in China Grove.

She added that her own daughter is excited about the option. “She’s excited to be able to do her own stuff online because that’s where she lives.”

She added that she thinks it’ll help target an audience that has been harder to sell to in the past.

The online ordering option isn’t going to change Grooms’ strategy too much, though.

Last year she sold 2,000 boxes by going to businesses early in the morning and late at night to sell cookies to their employees.

Regardless of the selling strategy, however, Grooms said, “it really, really take perseverance.”

Liddle said the online ordering option is especially convenient for Girl Scouts with relatives who don’t live nearby, or for girls who want to sell to fellow church members but don’t want to actually sell the cookies at church.

“It helps them realize how far they can reach,” Liddle said.

She added that it will also help discourage door-to-door sales and encourage safe selling practices.

The online selling option is available nationwide, but not all troops elected to use it during the pilot year.

This is the first year the online selling option has been available, and it is available nationwide, although not all councils have chosen to use it this year.