County’s economy made progress in 2014 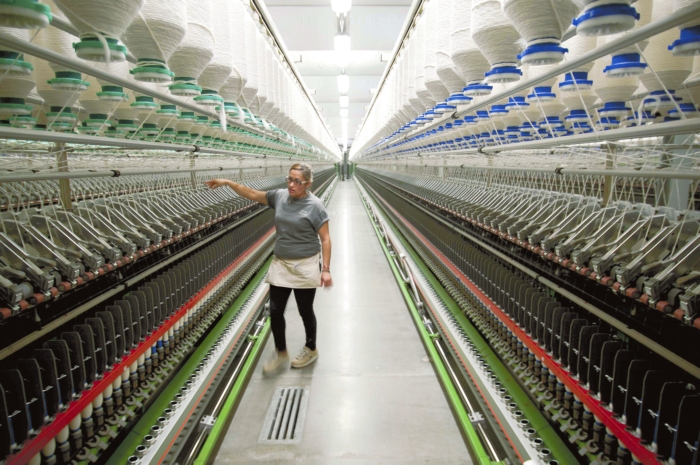 The local economy continued to climb out of the depths in 2014, with businesses expanding and new projects coming to the area.

Rowan County still hasn’t fully recovered from the economic collapse of 2008 and the recession that followed. But the number of unemployed people in the county fell throughout 2014 as hiring accelerated and the economy grew.

Rowan Works Economic Development Executive Director Robert Van Geons said 2014 was a good year for the county’s economy. He said it was the year “boots hit the ground” when it came to job hiring from announced projects.

He specifically mentioned hiring picking up at the Gildan plant on Heilig Road and at Freightliner.

Gildan Yarns announced its Rowan plant in 2012. And in late 2013 it announced it was expanding its operations in the area and would build a second plant near the original one in Rowan.

Gildan makes T-shirts and other apparel. By the end of 2015 it plans to employ nearly 400 people in the county.

The Canadian company announced plans for a plant in Mocksville at the same time it announced its expansion in Rowan. Hiring for the Mocksville plant began in December, and the company has said it plans to create a total of 350 jobs in Davie County.

Freightliner in Cleveland was hiring throughout 2014 as Daimler Trucks grew its workforce to meet increasing demand. The plant planned to add more than 1,000 jobs by the end of 2014.

Late in the year, officials announced a retail complex would be built in the Summit Corporate Center off of Julian Road. Tennessee-based The Hutton Company is developing the property. Company officials said the complex will have a mix of retail stores and restaurants. A Hobby Lobby and a Dick’s Sporting Goods will be the anchor stores.

Work at the complex’s site along Julian Road is under way, and some stores could open by the end of 2015.

Just before Christmas it was announced that a California-based company will build its regional headquarters in Rowan County.

Agility Fuel Systems, which makes natural-gas fuel systems for large transport vehicles, will also locate in the Summit Corporate Center. The company received an incentives package from the county worth up to $500,000.

In downtown Salisbury, Integro Technologies settled into its new home in the Salisbury Business Center. Integro owns the 41,800-square-foot building, which has space available for commercial lease. The company, which develops vision technology for the robotics industry, has also added to its relatively small workforce.

Also, plans to build a Holiday Inn Express near the interstate in Salisbury were announced in 2014. The hotel will be located by the Courtyard Marriott off East Innes Street. Construction should begin early this year.

There were other signs of economic improvement around the county, too. Novant Health opened a new, larger office in Granite Quarry and has another new office nearly finished in China Grove.

“I think that this as been a very positive year for Rowan County,” Van Geons said.

In January, the unemployment rate was 7.1 percent. It fell to 5.3 percent in November, the lowest it’s been since before the Great Recession started in 2008. During the recession, the county’s rate peaked at 14.5 percent in February 2010.

The number of people with a job varied throughout the year. The highest figure was in May, when the estimate was over 64,000 people. The low was 62,500 in August, according to data from the state Department of Commerce.

Debbie Davis, manager of the county’s unemployment office, has said people can find good jobs if they have the right skill set or are willing to learn.

In neighboring counties and across the state, the unemployment rate fell, too. Statewide, the rate was 5.8 percent in November, down from a seasonally-adjusted 6.7 percent in January.

The University of North Carolina at Charlotte’s year-end economic forecast, put together by economist John Connaughton, estimates the state’s gross state product will increase 1.8 percent over 2013’s amount to $484 billion. From 2012 to 2013, the state’s GSP increased 2.2 percent.

The economic sectors expected to have the largest growth in 2014 are construction, business and professional services, and the transportation, warehousing and utilities sector.

Thirteen of the state’s 15 economic sectors are expected to grow once the final numbers for 2014 are computed, the study said. The two expected to decline are agriculture and the finance, insurance and real estate sector.

Connaughton attributed the economic growth to the Federal Reserve’s low interest rates and the rapid decline in oil prices during the second half of the year.