County’s economic outlook could be bright in 2015 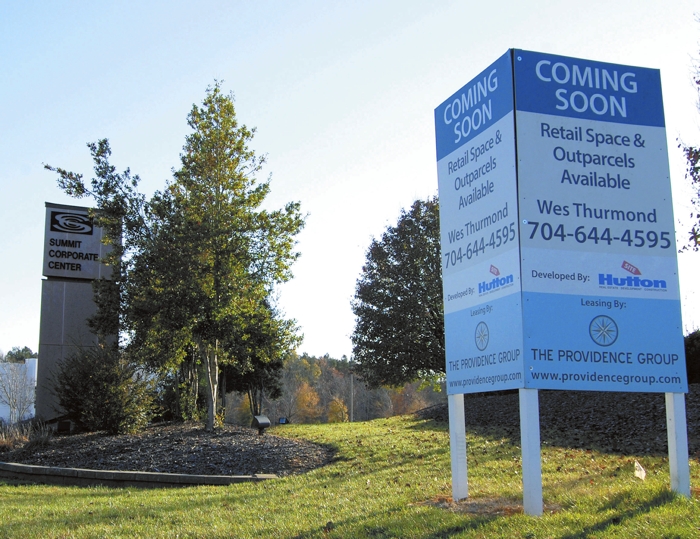 David Purtell/Salisbury Post file photo Hobby Lobby and Dick's Sporting Goods will be the anchor stores in a new development at the Summit Corporate Center off Julian Road. The development is called the "Shoppes at Summit."

With the momentum from 2014, Rowan County could be set for a strong year economically in 2015.

Last year ended with county leaders expressing their desire to work together to move Rowan County forward. The new county Board of Commissioners, with a new chairman, has stated its goal is to bring high quality jobs to the county. And the commissioners have expressed their eagerness to work with municipalities to get things accomplished.

Robert Van Geons, executive director of the county’s economic development, said there is a unified call from leaders around the county for economic growth.

“With that support, we’re going to be able to accomplish a lot in the next year,” he said.

Greg Edds, chairman of the county Board of Commissioners, has said the county’s job recruitment will be focused on distribution centers, global logistics facilities, supply-chain management, food processing and advanced manufacturing.

Developing advanced manufacturing and integrating technology is how America will stay competitive on the global stage, he said.

Van Geons said the proactive call and desire for aggressive economic development from the county and towns is a great launch point for 2015.

Making sure jobs in the county are filled by people who live here is also a priority for Van Geons.

It was announced in December that Agility Fuel Systems, a company that makes natural-gas fuel systems for large transport vehicles, is building its regional headquarters in Rowan County — at the Summit Corporate Center off  Julian Road.

The company plans to create more than 100 jobs in the coming years, and Van Geons said he wants to make sure “as many as possible” are being filled by the county’s residents.

He said the same for other manufacturers, such as Gildan Yarns, that will be hiring workers this year.

Working with Rowan-Cabarrus Community College to improve the county’s workforce will be a big focus in 2015, Van Geons said.

Statewide, the economy is expected to continuing growing in 2015, according to University of North Carolina at Charlotte economist John Connaughton’s economic forecast. The forecast expects the largest areas of job growth in 2015 to be in construction, manufacturing and transportation, warehousing and utilities.

More than 75,000 jobs are forecast to be added to the state’s economy this year , putting the total number of jobs in the state at more than 4.278 million by December.

The number of construction jobs is expected to grow by 6 percent and manufacturing by 3 percent. Jobs in transportation, warehousing and utilities are forecast to grow by just under 4 percent.

Business and professional services — the largest private employment sector in the state — is expected to grow by 2.5 percent. Growth in retail jobs is predicted to be 1.3 percent

According to Connaughton, how much growth actually happens will depend heavily on what happens to the price of gasoline, which is currently falling faster than at any time since the economy crashed in 2008. If gas prices stabilize, growth could slow.

A slow down in the growth of the global economy could also affect growth in North Carolina, Connaughton said.