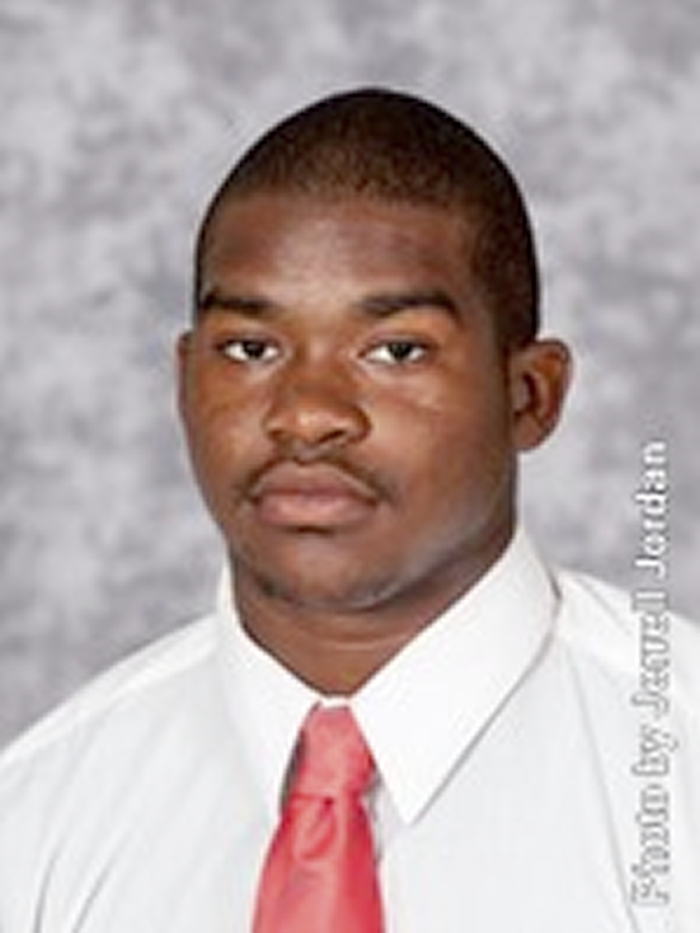 St. Augustine’s got an unexpected  bargain in former West Rowan defensive lineman Teoz Mauney. After contributing 32 tackles,  8.5 tackles for loss, 2.5 sacks and an interception, the tackle was honored as a member of the All-CIAA Freshman team.

“A lot of people told me I was too short to be a defensive lineman in college,” said Mauney, whose listed size is 6-foot, 260 pounds. “I just made a decision to go to Raleigh and walk on at St. Augustine’s and do my best. They didn’t have a scholarship for me, but they gave me a chance to prove myself as a walk-on.”

It was a natural fit. The West Rowan Falcon became a St. Augustine’s Falcon. He still gets to wear blue and white.

Mauney said he couldn’t practice with the team right away because paperwork had to be cleared. When he got the OK to practice, he was determined to take his best shot with an open-minded coaching staff.

“I went out there relaxed and did pretty well that first practice,” Mauney said. “The coaches kept telling me they liked what they were seeing from me. Then one day they told me, ‘You’re going to be on the travel squad.'”

When St. Augustine’s journeyed to Indiana (Pa.) to open the season Sept.6. Mauney not only dressed, he played. He was in on three tackles.

Mauney had requested a low number, so he wasn’t thrilled when he was handed a No. 47 jersey. But it all worked out. That number contributed to the nickname he earned as he began to deliver big hits — “AK-47.”

“By the second week of the season, they made me a starter,” Mauney said. “We rotated a lot of guys, but usually I started.”

He had five tackles, three for loss, when the Falcons produced their first win of the season on Sept. 27 against Chowan.

He was part of a valiant effort in a loss to Winston-Salem State, one of the CIAA’s power programs. With Mauney making a sack and intercepting a pass, St. Augustine’s stayed in the game with the Rams for three quarters.

“They threw a screen, and I read it and made a pick,” Mauney said. “That one was on TV.”

The biggest thrill of Mauney’s freshman year was returning home and playing a part in a wild 31-30 victory against Livingstone at Alumni Stadium on Oct. 11. He was involved in four tackles, two behind the line of scrimmage.

“It was good to pull that one out at the end because I had a lot of family there,” Mauney said.

The best moments for St. Augustine’s (3-7) came in the season finale, a hard-nosed win against rival Shaw, the Falcons’ neighbor in Raleigh. Mauney had a third-down sack late in that game to help the Falcons hang on 16-9.

Mauney’s coaches told him he’d played well enough to have a chance to make the league’s All-Freshman team , but it was still a pleasant surprise when the official announcement was made.

St. Augustine’s is getting better. Head coach Michael Morand recently had “interim” removed from his job title, and six of Mauney’s teammates joined him on the CIAA All-Freshman squad. Receiver Claytin Lewis was the league’s top offensive freshman and was a Freshman All-America.

Mauney’s future off the field is bright as well. A business major, his after-football dream is to open his own business.