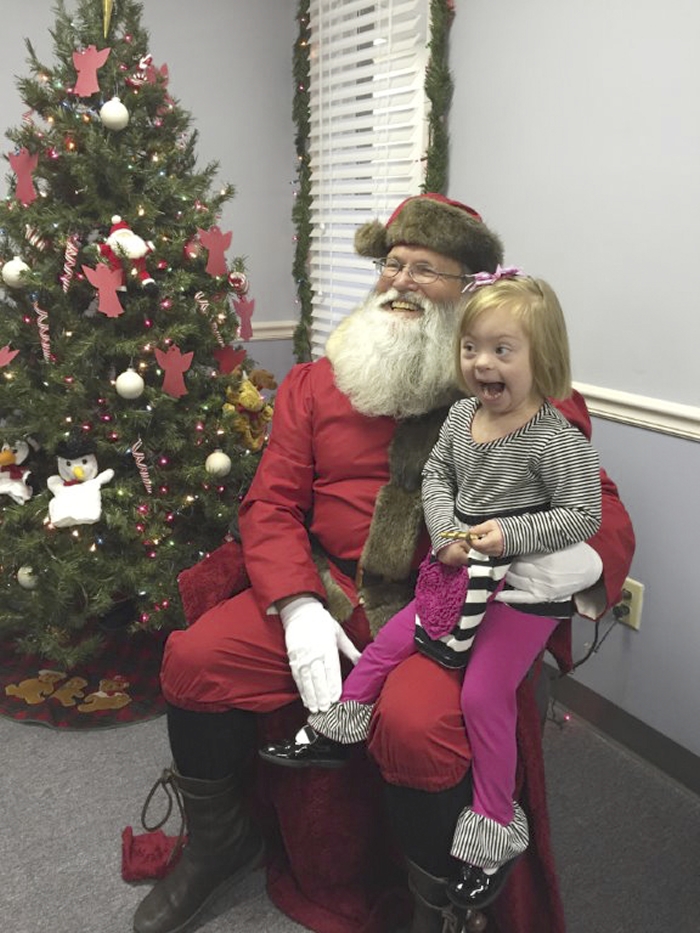 Children were able to meet Santa at Cookies with Santa. Submitted.

Rachel Judd, Gavin Lutz and Caroline Nance of North Hills Christian School are the local Daughters of the American Revolution American History Essay Contest winners. The local winning essays will be judged at the district level and the winners will go on to the state competition.

The Elizabeth Maxwell Steele Chapter of Daughters of the American Revolution will honor the essay winners with a reception at the Rowan Museum on Feb. 18.

The event began with a story time led by one of Santa’s elves. After the stories, the children and families visited with James Bigsby, also known as “Father Christmas,” enjoyed cookies and juice and made a craft to take home.

Smart Start Rowan staff was on hand to take pictures of the children and families with Santa.

Smart Start Rowan, a local nonprofit, provides services to children from birth to 5 years old. Join Smart Start Rowan’s Facebook page to get updates about future activities for children or visit its website, www.rowan-smartstart.org, to learn more about its programs.

Millie Hall of Kannapolis will be honored at the George F. Whitfield Baseball Clinic. She will be a part of the first brother-sister combination to be honored.

At 37 years, Hall is presently the longest active serving school board member in North Carolina. She has been awarded a number of prestigious awards, including the Order of the Long Leaf Pine and the Toastmasters’ Communication and Leadership Award.

A.L. Brown High School announced the Mille Hall Scholarship for an outstanding senior entering either the medical or education field of study.

In 2008, the city of Kannapolis declared Millie Hall Day and awarded her with the key to the city.

Hall was born in Mooresville in 1936, and is the daughter of the late Grady and Ruth Waller. She graduated with honors from A.L. Brown High School and is also a graduate of Kings College.

She is married to Howard R. Hall, and they are the parents of Camilla Buckwell and the late Reed Hall. They are also the foster parents to Rev. C.B. Owens. They have three grandchildren – Joshua, Nicholas and Tyler.