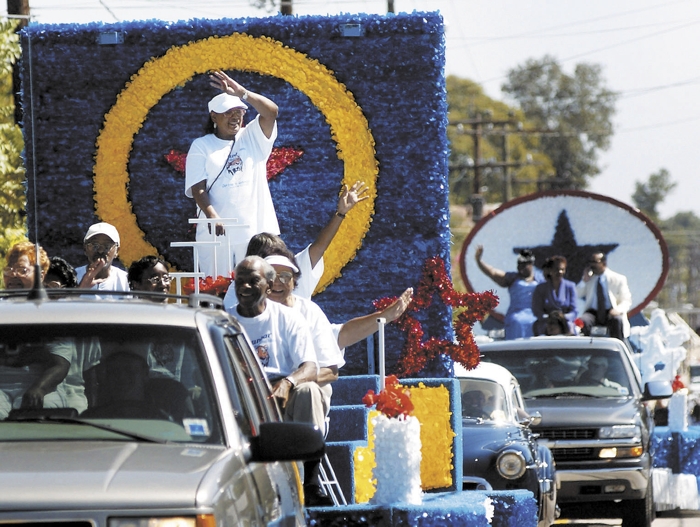 East Spencer residents lost a significant part of their history Tuesday night when flames destroyed the Dunbar Center. Though owners had struggled to find a sustainable use for the former school and community center, Dunbar High School was still very much alive in the hearts of people who grew up walking its halls and studying in its classrooms — and who to this day attend Dunbar reunions.

Start with the building’s namesake. Poet Paul Laurence Dunbar was from Ohio, not North Carolina. As one of the first African American artists to gain national acclaim in the late 19th and early 20th centuries, though, he wrote with grace and dignity about the black experience, and structures in many communities bear his name. For the title of her autobiography, poet Maya Angelou borrowed a line from the Dunbar poem, “Sympathy”:

I know why the caged bird sings, ah me,

When his wing is bruised and his bosom sore,

When he beats his bars and he would be free;

It is not a carol of joy or glee,

But a prayer that he sends from his heart’s deep core,

But a plea, that upward to Heaven he flings —

I know why the caged bird sings!

East Spencer’s loss may seem more sentimental than practical, but the Dunbar structure had important history. From the original structure’s days as an all-black high school to the modern campus’ closing as North Rowan Middle School, Dunbar evolved with the times. The speaker at the building’s 1958 dedication held a title now long gone from the state payroll, “Supervisor of Negro Education.” The U.S. Supreme Court had ruled four years earlier that the segregation of children into “separate but equal” public schools violated the equal protection clause and was unconstitutional. Change came slowly here, however.

Through it all, Dunbar School represented the best hope for all people — education.

As authorities work to determine the cause of the fire, the community will grieve the destruction of this landmark. Dunbar School burned down before, in 1938, and was rebuilt; perhaps there’s a way it could rise from the ashes again. After meaning so much to so many for so long, the Dunbar name should have a permanent place in the town of East Spencer.