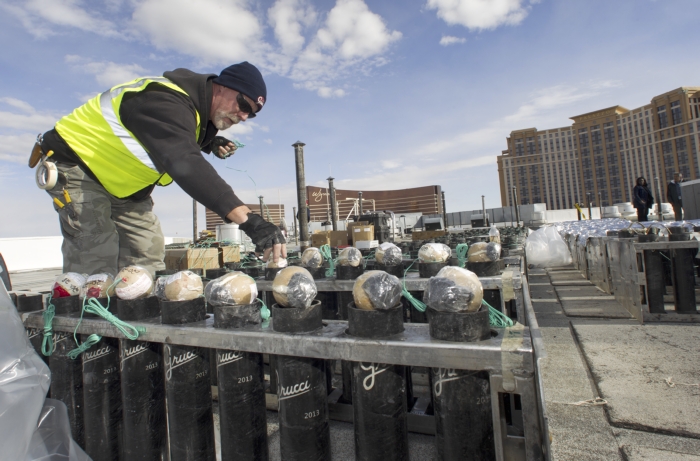 By The Associated  Press

Bad weather is slowing efforts to find victims of AirAsia Flight 8501 — 7 bodies have so far been recovered — and rough seas are sending wreckage drifting away from the crash site.

Auckland, New Zealand counts down the new year with a huge fireworks display launching at midnight. In the wings, more than 1 million people are expected to flock to Rio de Janeiro’s Copacabana beach, and New York will drop its trademark Waterford crystal ball.

The Palestinians have long vowed to join the ICC in order to press charges against Israel for alleged war crimes.

4. NINE DEAD, INCLUDING TWO CHILDREN, IN RAMPAGE IN CANADA

The little boy reached into Veronica J. Rutledge’s purse and her concealed gun fired, according to the Kootenai County, Idaho, sheriff’s department.

6. HOW EBOLA OUTBREAK MAY HAVE BEGUN

Researchers tentatively trace the outbreak’s origin to a hollow tree where infected bats lived in a small village in Guinea.

Demonstrators were protesting the court conviction of opposition leader Alexei Navalny and his brother.

A four-day-old baby gorilla, as yet unnamed, is shown to the public as his mother cradles and nurses him.

9. HOW SOUTH KOREAN ACTIVIST PLANS TO SEND ‘THE INTERVIEW’ NORTH

Park Sang-hak says he will launch balloons carrying DVDs of the controversial comedy toward North Korea, where it’s banned.