As year comes to a close, giving spikes 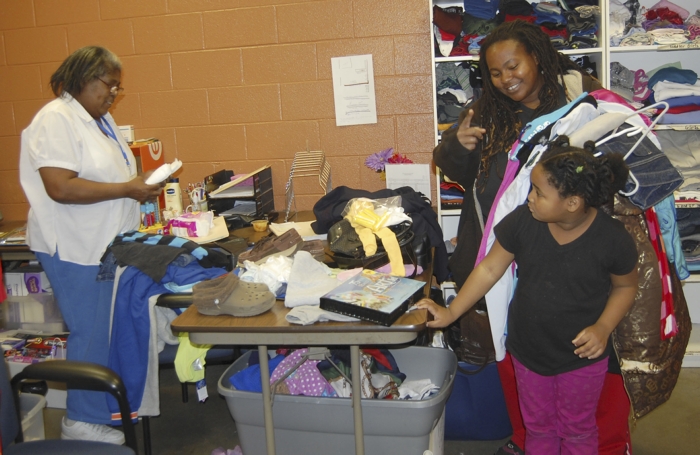 Two days remain to make donations for 2014 tax deductions, and local nonprofits are reaping the benefits.

Despite the drizzle, a steady line of cars made their way to the Goodwill store on Jake Alexander Boulevard Monday afternoon, and Rowan Helping Ministries reported that donations have been pouring in since Thanksgiving.

According to Blackbaud, a nonprofit services and software company, roughly 34 percent of all charitable giving is done in October, November and December, and 18 percent of those donations are given in December alone.

The shelter’s food pantry was down to just one row of food on each shelf before the holidays, but now, it’s three boxes deep and four boxes high, Grubb said.

“We just came off the holidays,” she said, adding that many people receive duplicate items or try to declutter to make room for new Christmas presents.

Another reason is the tax deductions that go along with charitable giving.

Both Wiltshire and Grubb said that one reason they believe their organizations are popular recipients of end-of-year giving is that people believe in the organizations’ missions and goals.

“We’re making a difference for a lot of people,” Grubb said.

“We find a lot of our donors and shoppers who have been affected by unemployment,” Wilshire said, adding that a large part of Goodwill’s mission is putting people to work.

The organization accepts items that are clean, work and in good condition.

Those who are interested in claiming tax deductions for their donations should keep an itemized list of the items donated, along with the item’s fair market value, or what the item would sell for in a Goodwill store.

“I was here a couple months ago to get help,” one of them told her.

“I have never seen a community this generous,” she said, adding, “I’ve been in fundraising a long time.”