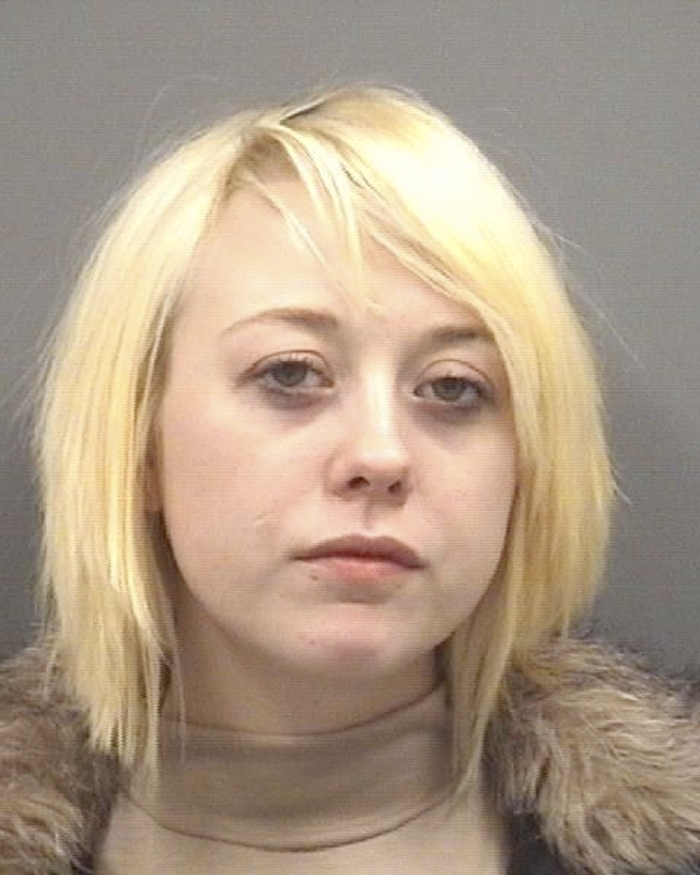 Authorities stopped a Nissan Pathfinder just before 10 p.m. at the intersection of Lloyd and West Fisher streets. The vehicle’s tag light was burned out. The officer went to the passenger’s side of the vehicle and saw six people inside, a report said.

The officer said in the report she could smell marijuana and alcohol coming from the car. The driver told the officer her name was Tabitha Bell, which later turned out to be not true. A report said the driver’s name was actually Kelley Bell.

Police charged Kelley Denise Bell, 18, of the 100 block of Harris Point Road, with resist, delay, obstruct an officer, purchasing or possession of alcohol by person under 21, driving while license revoked, and failure to appear/comply, all of which are misdemeanors. She was issued a $32,000 secured bond and remains in the Rowan County Detention Center.

Bell was convicted in September 2013 of consuming alcohol by person under 21, driving after consuming a controlled substance, and resist, obstruct, delay an officer, all of which are misdemeanors. Bell was given a year of probation.

He has since been released under a $10,000 secured bond. In 2012, White was convicted three times of assault with a deadly weapon inflicting serious injury for two different incidents, possession of a firearm by felon on two occasions, possession of stolen goods and assault by pointing a gun.

White has also been convicted of possession of a schedule VI controlled substance and possession of firearm by a minor. He was released from prison in August after serving a year and a half sentence.

In 2011, White was accused of pistol-whipping a man, punching a woman in the face and pouring champagne on her. He survived being shot multiple times in a 2010 incident.

Michael Demario McHenry, 25, of the 1000 block of South Church Street, was charged with felony possession of a firearm by a felon. He was issued a $7,500 secured bond and has since been released from the county jail.

McHenry, also known as Mike-Mike or Capo, has been convicted of misdemeanor assault on a female, felony common law robbery, felony conspiracy to commit robbery with a dangerous weapon, trespassing and unauthorized use of a vehicle.