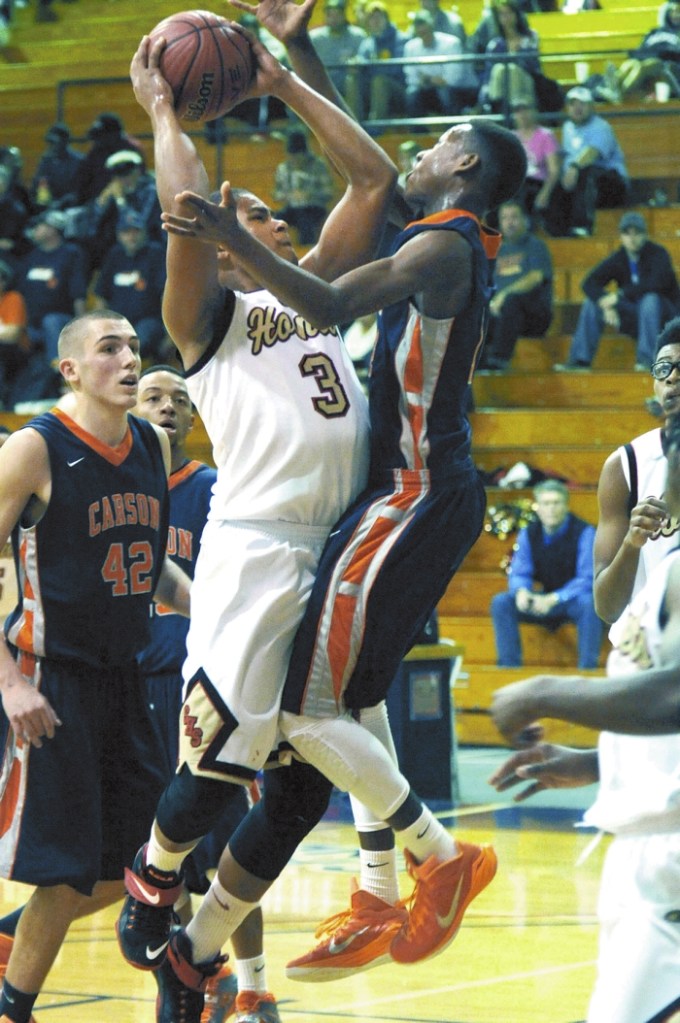 SALISBURY — Salisbury’s boys played like a No. 1 seed is supposed to play and crushed Carson 87-67 in a Sam Moir Christmas Classic consolation game Monday afternoon.

A strong performance that included 69-percent shooting by five starters and career highs by both guards came too late to make up for Salisbury’s first-round loss to No. 8 South Rowan.

“These kids put so much emotion into this tournament, and they really wanted to have a good showing,” Salisbury coach Jason Causby said.  “But we played tight against South and we missed shots that we normally make. We needed to regroup today, and I thought after a sluggish start we played really well.”

“We were disappointed we didn’t win in the first round, but every game matters and we still wanted to win this one,” Alexander said. “We got up at halftime (42-28) and we stayed on ’em.”

In two previous outings against the Hornets this season, fourth-seeded Carson (5-7) produced a dramatic win and an exciting loss, but the Cougars got blown out this time.

“We tried to get a spark, needed some energy and just never found it,” Carson coach Brian Perry said. “We couldn’t shoot and we couldn’t score and we had another game where we shot in the low 30s (31.8 percent). Throw in that we did a poor job defensively,  and that’s a pretty good recipe for getting whipped.”

Malon Herron hit four 3-pointers and scored a career-high 12 for the Cougars.