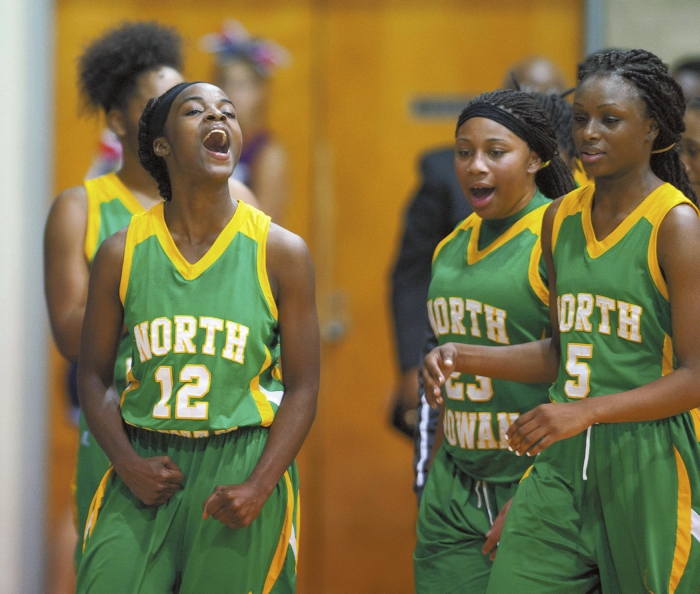 SALISBURY — North Rowan could accomplish something it hasn’t in all the years of the Sam Moir Christmas Classic. The No. 6 Cavaliers’ 54-48 win Monday over No. 2 Davie County gave them a chance to repeat as tournament champions.

North Rowan meets No. 1 East Rowan at 6 p.m. Tuesday in the championship game.

The Cavaliers needed a run in the third quarter against the War Eagles to come away with the win. Aubrianna Peebles went on a tear when she scored eight points in a 2-minute span. It was part of a 10-0 run, and the War Eagles were in control with a 41-34 lead at the 2 minute, 46 second mark.

Special Washington’s 3-pointer ended the run and got the Cavaliers on the march to the win.

Demeria Robinson tied the game at 44 with 6:27 left in the game with a behind-the-back dribble that allowed her to move up the lane past a pair of defenders for a layup. North Rowan took the lead for good Monday on Tre Allen’s 3-pointer just pat the midway point in the quarter.

Robinson and Washington had 11 and 10 points respectively. Aliyah Farmer threw in nine points and had 10 rebounds. Ashley Blaire led the Cavaliers with 12 points.

The War Eagles were held to just four points in the fourth quarter.

Robinson and Washington were on the receiving end of rough plays as time wound down. Robinson was slung to the ground by Peebles while the two battled for a jumpball. Later, Washington wound up under Asiah Peterson as Peterson wrapped her up in an effort to stop the clock. Peterson was charged with a flagrant foul.

“I thought (the game) was too physical in fact, but that’s a whole other story,” he said. “I thought we did a good job of handling how physical it was and taking care of the ball down the stretch and rebounding.”

Davie County’s Madison Zefaratos led all scorers with 19 points. She was 5-of-11 from the floor, 3-of-5 from behind the arc, and 6-of-6 from the free-throw line. JON C. LAKEY / SALISBURY POST North Rowan’s Ashley Blaire (23) looks up to the referee for the call on a loose ball scramble with Davie County.