Gala at Rowan Museum to raise awareness of human trafficking 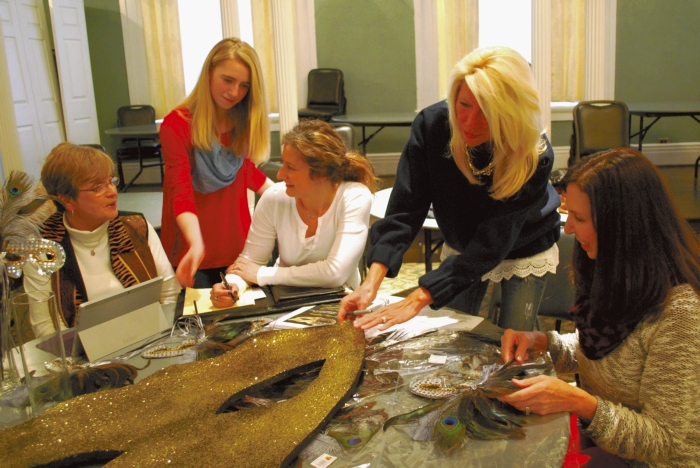 It’s one of the fastest growing crimes globally. Its victims – both children and adults – are abducted, enslaved, and exploited for sex and labor. And according to the Triad Ladder of Hope organization, it’s happening in Rowan County.

Human trafficking is no longer a distant issue.

“Our goal is twofold,” said Kimberly Pross, Triad Ladder of Hope board member. “We want to raise awareness and raise funds to help our victims as well.”

The masquerade-themed gala will take place at the Rowan Museum, and will feature testimonies from rescued trafficking victims as well as a presentation by Juanita Miller, a former FBI victim advocate coordinator. Gala attendees will enjoy a gourmet meal catered by Buttercup Cafe, along with live music and a silent auction of items donated by local businesses.

“Some of it is going to be very serious, but it’s going to be a fun night,” said Triad Ladder of Hope President and Founder, Sandra Johnson.

This is the first event of its kind for the organization.

“We’re calling it ‘first annual’ because we plan to make it an annual event,” said board member Mitzi Weber.

In early 2015, High Point-based Triad Ladder of Hope will open a satellite office in Salisbury, with Mitzi Weber as its executive director.

Weber is also one of 15 church members from First Baptist Church of Salisbury who have formed the Salisbury group “No Thru Traffick,” which functions as a local branch of Triad Ladder of Hope. You may recognize the name. – No Thru Traffick sets up tables at Friday Night Out events and distributes information on human trafficking.

Stefanie Redhing, member of Triad Ladder of Hope and No Thru Traffick says that passers-by are often startled to see the organization’s booth there amidst the happy bustle of the downtown celebrations.

“We’re trying to get as many people as we can to realize that this is going on right here in this county, and potentially in this town,” she said. “You get people who are shocked, who think it’s only happening abroad.”

Of the approximately 20.9 million victims of human trafficking globally, 100,000 youth victims are exploited in the U.S. sex trade every year, according to the Polaris Project. In some cases children are homeless, runaways, or are lured in by false pretenses such as modeling agencies.

Immigrants are especially vulnerable to the human trafficking trade, and can be tempted to follow traffickers with promises such as U.S. Citizenship and good wages, Johnson says.

“An estimated 18,000 to 20,000 immigrants are brought to the U.S. every year for the purpose of exploitation – both labor and sex trafficking,” said Johnson.

To fight against these crimes, Johnson formed Triad Ladder of Hope in 2005. The organization applies a wholistic approach to rescuing victims of human trafficking, and lays the healing process out in four steps: awareness, rescue, restoration, and re-entry.

Over the past ten years, Johnson estimates that she has rescued and rehabilitated between 25 and 30 victims.

“We’ve come a long way from when I started, but there’s still a lot that needs to be done,” she said.

Triad Ladder of Hope’s most extensive outreach program is their Soap Project. During North Carolina’s semiannual furniture shows, Johnson and her team of volunteers distribute soaps wrapped in labels to tens of hotels in a geographic radius around the show.

The labels read, “Are You Living In Slavery?” and give the phone number for the National Human Trafficking Resource Center hotline: 888-3737-888.

“The shows bring demand to the area, and hotels are often used for victims of trafficking,” said Johnson. “The bathroom is the place that the victims can go by themselves, so we put the soaps in the hotels.”

This past fall, Triad Ladder of Hope distributed 8,000 bars of soap to 160 hotels in High Point, Greensboro, Thomasville, and Burlington. – A dramatic increase from their impact of 3,000 bars of soap at the spring furniture show.

“We’re trying to double it each time,” said Johnson.

The faces of the people involved in human trafficking crimes – both victims and traffickers – are largely unknown. And this is why the masquerade theme for the upcoming gala is so appropriate, Redhing says.

“Our parents, our educators, law enforcement, healthcare providers: You need to be here, because you’re who is going to save our next generation,” said Pross. “Because it’s right here in our backyards.”

Ester Marsh column: The choice is yours