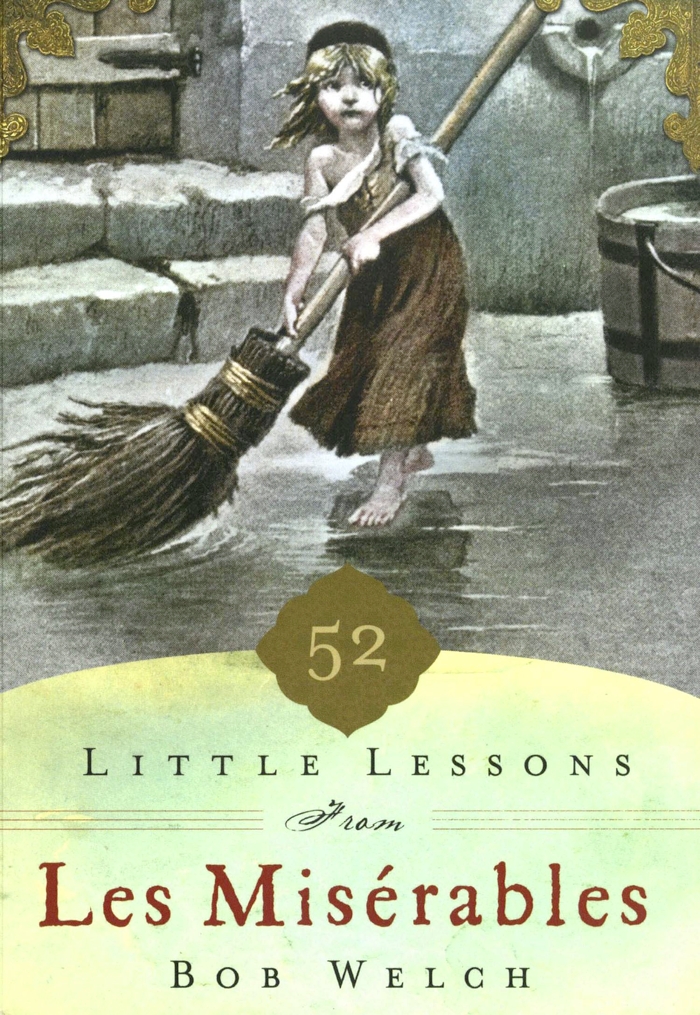 “Les Misérables” is one of those stories that many people have heard of, even if all they know is the name.

Maybe your experience with “Les Misérables” comes from the long-running stage musical, or from one of the Hollywood adaptations of the 1862 novel by Victor Hugo made before the 2013 big-screen version.

Even those who don’t know anything about the story besides its name can find value in “52 Little Lessons from ‘Les Misérables,’”

Bob Welch, a speaker and author who’s also a former adjunct professor of journalism at the University of Oregon in Eugene, approaches Hugo’s novel from a Christian standpoint. After briefly recounting major events and characters, Welch pulls life lessons from “Les Misérables” that are suited to modern times.

His is a timely book, not only because of the renewed interest following the 2013 movie release, but because so much of what Hugo wrote about can still be seen in today’s world.

Welch’s spiritual approach is also appropriate: Hugo was Christian, although by reputation an imperfect one. “Les Misérables” also challenges traditional notions. The unwed teenage mother, Fantine, who is forced into prostitution to earn money for her child, is the most virtuous woman in the novel. In a world that loves to place blame, Welch argues that Fantine’s story is a reminder not to rush to judgment. “Grace, accepted, changes us,” Welch writes.

“Les Misérables” lends itself to this Christian perspective, as Hugo’s book is filled with examples of Christian virtues, as well as religious hypocrisy.

Indeed, Welch points to the character of the Bishop of Digne as an example of true Christian behavior. In a time when bishops drew huge salaries, Hugo’s bishop turns his mansion into a hospital and gives away his fortune to the poor.

And, when the convict Jean Valjean tries to steal the bishop’s silver, the bishop tells the police it was a gift.

By contrast, the scrupulous police inspector, Javert, personifies the excesses of the law. Welch notes that being too passionately devoted to any cause – even justice – causes us to lose sight of truth.

“Starting over can redefine our purpose,” is the lesson Welch draws from Valjean’s transformation. Unlike Javert, whose quest to imprison Valjean no matter what causes pain and suffering, Valjean’s redemption makes a hero of a criminal and saves the lives of others.

“Les Misérables” is a story about the consequences of small decisions like these. Welch’s book applies Hugo’s logic to the outcomes of decisions we make today.

Although some of the 52 lessons he presents are general, even obvious to those who’ve read “Les Misérables,” Welch’s approach matches what Hugo tried to argue: poverty degrades society, but kindness and charity can overcome the oppression and darkness that people inflict on one another.

After all, the purpose of “Les Misérables” was to draw attention to the plight of the poor – a society with no middle class to speak of, where the gap between rich and poor was vast.

Hugo saw poverty as an oppressive force that robbed women of their purity and children of their innocence. Some would argue that the same conditions exist today in parts of the United States, unseen.

This book would be especially useful for Christian ministers and lay leaders, who can find in Welch’s “little lessons” some insightful themes and examples for those they serve.

For those who know the story only from its musical adaptation or the movie, “52 Little Lessons” offers a chance to experience the richness and the deeper message of Hugo’s epic.

Hugh Fisher is a freelance correspondent for the Salisbury Post.