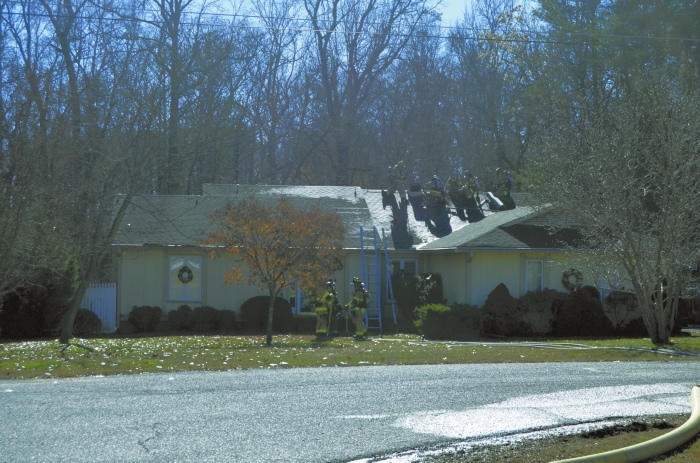 Multiple fire departments responded to this house fire in the Eastwood subdivision, near Granite Quarry, at 1302 Birch St., just before noon today. Fire officials say it appears the fire originated in the chimney. Shavonne Walker/Salisbury Post

Multiple fire departments responded to a house fire in the Eastwood subdivision, near Granite Quarry. Officials say the fire occurred in the chimney.

Granite Quarry Deputy Fire Chief Bill Fraley said the fire was contained to the chimney, but it caught the rafters inside the home and sheeting on the roof on fire.

Firefighters had to cut the roof to remove the wood that was charred to make sure it didn’t rekindle, Fraley said.

The homeowner and others were inside, but were able to get out of the home with no injuries, he said. He added the homeowners had a fire inside the chimney.

Fraley said there was no serious damage to the inside of the home other than to the chimney area and the roof.

Fire officials had to remove a stove pipe from the chimney.