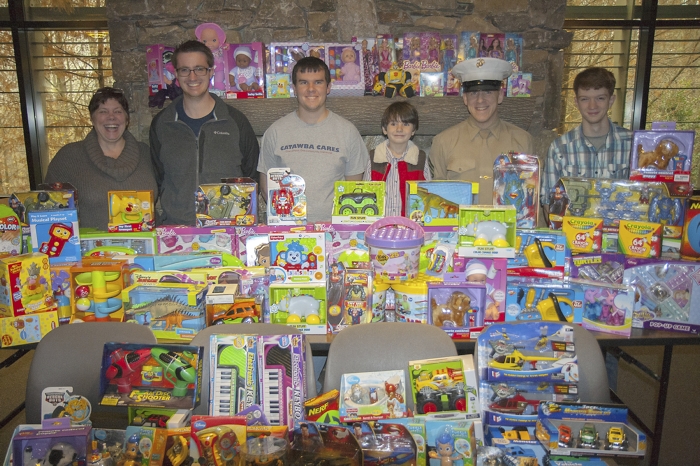 Logan Haas, son of Tracy and Steven Seaford and Charles Haas, received a nomination to the U.S. Air Force Academy.

As Representative of North Carolina’s eighth congressional district, Rep. Richard Hudson nominates a limited number of young men and women each year to four of the five service academies.

Haas is a student at East Rowan High School. Due to his academic excellence, he will graduate as a North Carolina Scholar.

In addition to his academic achievements, Haas is captain of the school wrestling team where he was awarded first place in the county tournament and won the seventh annual Dudley “Takedown Cancer” Classic most outstanding wrestler.

He is involved in his community through the church youth group at Open Door Baptist Church.

In 2013, Southern States Cooperative and John Deere Financial established a scholarship fund available to rising college sophomores pursuing an associate’s degree with a focus on agriculture.

Applications for the 2015 academic year are now being accepted through February 13.

Up to five scholarships, in the amount of $2,000 each, are awarded annually to students who demonstrate academic excellence, strong individual character and significant personal involvement in agriculture. Following the completion of the academic year, scholarship recipients will also receive a paid summer internship at a Southern States Retail or Agronomy location.

Another benefit of the scholarship is an invitation to attend the annual Southern States Management Meeting and Product Show held in September.

For more information about the Southern States/John Deere Financial Scholarship Program including requirements and application forms, visit www.southernstates.com/scholarship or contact us through email at scholarship@sscoop.com.

Aidan, who believes that the Marines are the protectors of Santa Claus, was there for the toy hand-off, accompanied by his grandmother, Environmental Steward Colleen Smiley, and his mother, Catawba alumna Tara Smiley Melton. Aidan, age 5, is a kindergarten student at Sacred Heart Catholic School.

The toys collected by the Environmental Stewards were provided in part by the generosity of local businesses. The Stewards also took advantage of buy-one-get-one sales.