Prep Football: Parker a force in the trenches 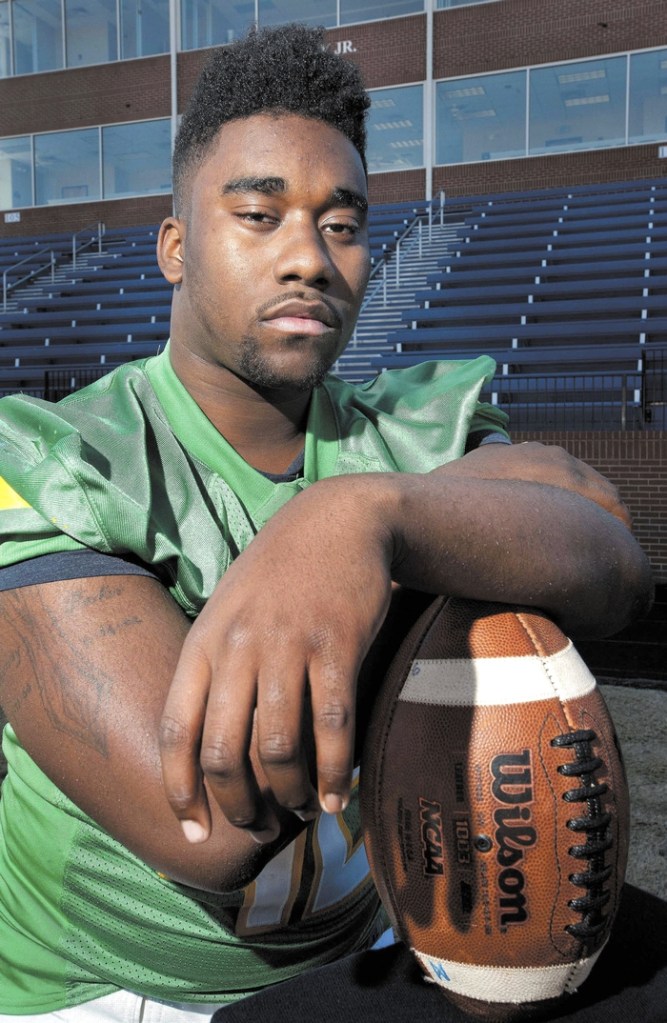 You can’t go wrong choosing the best player on the best defense, and Parker (6-foot-2, 265 pounds), a versatile lineman who was strong enough to play inside and quick enough to play outside, fits that criteria. Runner-up for Central Carolina Conference Defensive Player of the Year honors to Thomasville linebacker Akeem Davis, Parker was credited with 24 tackles for loss and 8.5 sacks.

“I just tried to play within the team every game,” Parker said. “That’s why almost every game was a good game for me.”

The emphasis was on offense this season, with the Wyrick brothers from East Rowan breaking county records, Carson’s duo of Darren Isom and Brandon Sloop running wild, and North Rowan’s JaReke Chambers being JaReke Chambers.

West Rowan allowed 27.5 points per game — the most the Falcons have surrendered since 1998 — and the Falcons still had the county’s second-best defensive numbers.

East Rowan, South Rowan, Carson and Salisbury all allowed 30-plus per game. There was a time when allowing 30-plus would’ve meant an 0-11 season, but those days are history. East Rowan won seven games, while Salisbury won six.

In a frenzied environment with five county teams allowing 330 or more points, North Rowan stood out by holding teams to 218 points.

North Rowan’s exit from the playoffs came early — in the second round at Mount Pleasant — but it shouldn’t be overlooked the Cavaliers went unbeaten in the Central Carolina Conference for the second straight season. In their five league games, the Cavaliers allowed just 50 points and didn’t allow more than 13 in any of them.

Parker was a big part of that. North Rowan had five outstanding defensive lineman with impressive numbers. Parker’s  inside-or-outside versatility in a four-man front helped the Cavaliers rotate personnel depending on the matchup and whether run-stoppers or pass-rushers were needed.

“The defensive line is an area where we had a lot of experience and we counted on those guys,” North Rowan coach Joe Nixon said. “Shane had a great senior season. He made some great improvement from his sophomore year to his senior year and turned into a really good player.”

Parker, like many of his teammates, dedicated himself to offseason workouts after a loss to Shelby in the 2013 state playoffs ended North Rowan’s 13-game winning streak.

“We had the will to work even harder,” Parker said. “We lifted a lot, but we also did a lot of running to keep our speed up.”

Parker is proudest of a 43-21 romp against East Rowan on opening night that was even more lopsided than it sounds. It was 43-7 in the third quarter.

“Getting two sacks in that first game set the tone for a good season,” Parker said.

Parker’s selection marks the 13th time a Cavalier was chosen as the county defensive player of the year, and it’s the second season in a row. Linebacker Xavier Robinson was honored in 2013. Linebackers have dominated the award in recent seasons. West Rowan’s Eli Goodson was the last lineman to win in 2009.

There’s a chance Parker played his last football game. He said he’s received more recruiting attention for track and field than for football. He’s the reigning CCC champion in the shot put and the discus. He placed third in the shot put in the 1A-2A indoor state meet last winter.