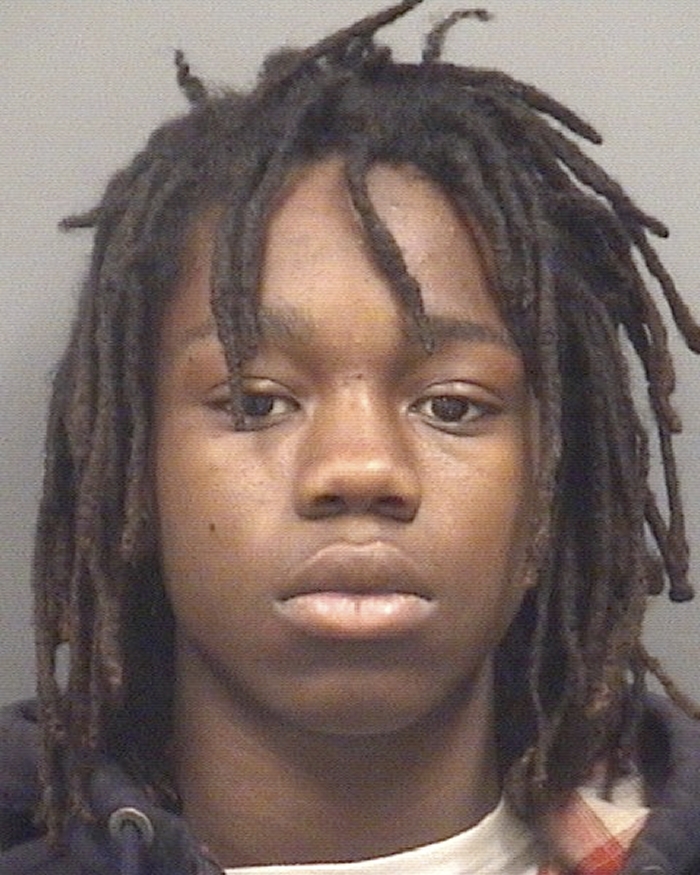 Police say two teens and two adults burst into a Zion Hills apartment on Monday and robbed the occupants at gunpoint. Authorities also say one of the victims was hit over the head during the incident.

Salisbury Police charged Kevin Antonio Smith, 16, of the 1600 block of Standish Street, with felony robbery with a dangerous weapon, felony possession of stolen goods and felony possession of a schedule II controlled substance. Smith lives in the same apartment complex as those who were robbed. He remains in the Rowan County Detention Center under a $150,000 secured bond.

Police also charged Kimberly Yevette Fisher, 35, of the 70 block of Reed Street, Concord, with felony robbery with a dangerous weapon. She has since been released from the Rowan County Detention Center under a $5,000 secured bond.

Greg Pierre Martin, 23, of the 1300 block of Lakewood Drive, was charged with two counts felony robbery with a dangerous weapon, one count larceny of a firearm. Martin remains in the Rowan County Detention Center under a $150,000 secured bond.

The victim told police she heard a knock on the door and recognized Kevin Smith and two others. They asked her if she wanted to buy some crack and she tried to shut the door on them, but one of them stuck an arm in the door. The four burst through the door.

The suspects stole a Mossberg 12-gauge shotgun that belonged to the grandfather of one of the victims. He was held at gunpoint with the shotgun and hit over the head. The female victim was forced to lie on the ground and both were told if they moved they’d be killed.

Police say the group took a Verizon Wireless tablet and a total of $900 in cash from the victims. The male victim refused medical treatment.

Authorities stopped the suspects not far from the complex in a red Volkswagen Jetta that was identified as the vehicle they got into, a report said.

Police were in the area prior to the report of the break-in and saw the four suspects along with two others exhibiting suspicious behavior moments before the home invasion occurred. An officer was traveling on Brenner Avenue and saw six people walking. Two of the people separated and walked in another direction and the others kept looking back to see if the officer would drive away in the opposite direction or turn around.

The officer caught up to the two people who walked away, who told him they didn’t know the others. The officer left to assist another officer with a wreck at Zion Hills. The same officer was able to catch up to the Volkswagen.

Smith had five crack cocaine rocks on him that weighed two grams and was charged with drug possession. He has a pending January case in district court for misdemeanor communicating threats.

Authorities say there were two children — a 3-year-old and a 4-year-old at the apartment at the time of the incident.

Martin was convicted in October of felony breaking and entering. He is currently on probation for two years. He has a pending case for simple possession of marijuana and for failing to appear in court.