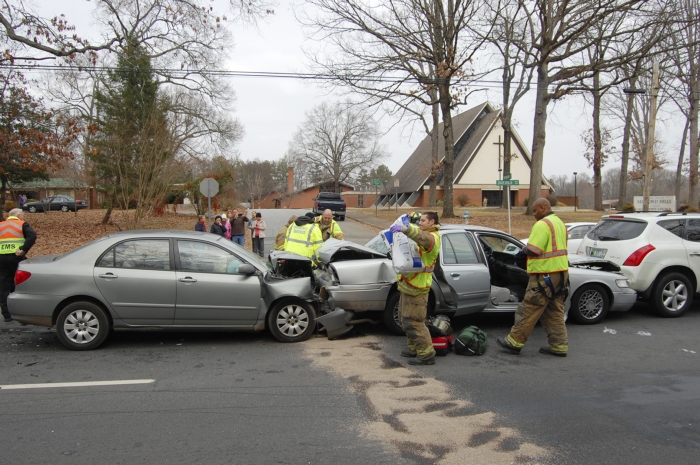 A firefighter pours absorbent material on leaked fluids after a three-car wreck on Statesville Boulevard Saturday afternoon. Witnesses said a woman broke her hands in the accident. Three people were taken to the hospital. No life-threatening injuries were reported.

The wreck happened shortly before 2 p.m. in front of Milford Hills United Methodist Church. A women was waiting to turn left onto Brandon Drive when a car struck the car behind her and pushed it into her car, according to police officers and witnesses at the scene.

No life-threatening injuries were reported.

The driver of the car that was waiting to turn said she and her daughter were uninjured.

Another woman at the scene said her sister broke both hands and was taken to the hospital.

Witnesses said the woman who broke her hands had the worst injuries. Police said all the victims were taken to the Rowan County Medical Center and were conscious and talking to first responders.