Post All-County: Marchinko a step, or two, or three, ahead 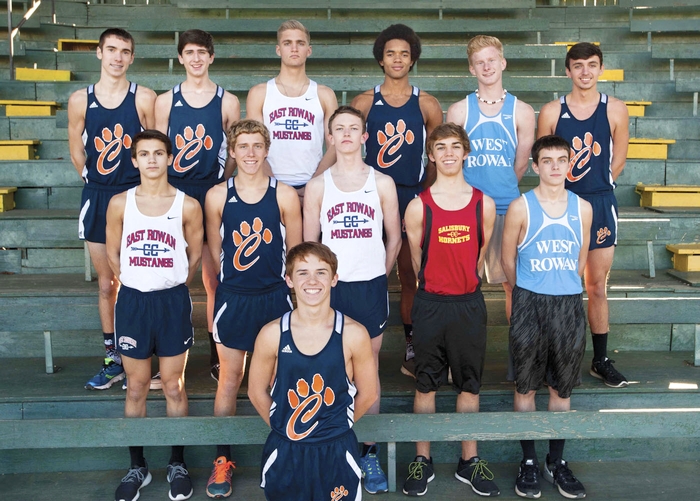 SALISBURY — Second place is the first loser, but it’s not necessarily a bad thing. Carson runner Zachary Marchinko made a heck of a year out of runner-up finishes on the cross country trail.

“I would say it was a great year for me and the team, winning county and conference as a team,” Marchinko said. “Of course, I would like to have won the county, but I won the conference, so that’s good.”

The two best second-place results came at the beginning and the end of the season.

On Nov. 1, he ended the high school season with a runner-up finish at the N.C. High School Athletic Association 3A state meet. Marchinko crossed the line in second place behind East Henderson’s Tanis Baldwin.

“The state meet, it was a great race for me,” Marchinko said. “The time might not show it, but anybody that was there, the conditions were crazy. It was raining, crazy wind. There was water up to my ankles.

“So the course was probably 30 seconds slower. It was bad.”

Marchinko had to kick hard at the end to earn that silver medal. He was in third place with 50 meters to go. He moved past Weddington’s Mitchell Resor, who beat Marchinko the previous week at the 3A Midwest regional, to take second with a 16:01.91.

“I just barely missed the win,” Marchinko said. “I only lost by a second or two.”

Carson sent its top seven to the 3A state championship race. The Cougars came away with a sixth-place finish.

The one title Marchinko claimed was the South Piedmont Conference championship.

Traditionally, the winner of the county championship meet is crowned the runner of the year, but it became clear as the season went on, and Marchinko kept piling up high finishes, that he had the better overall season.