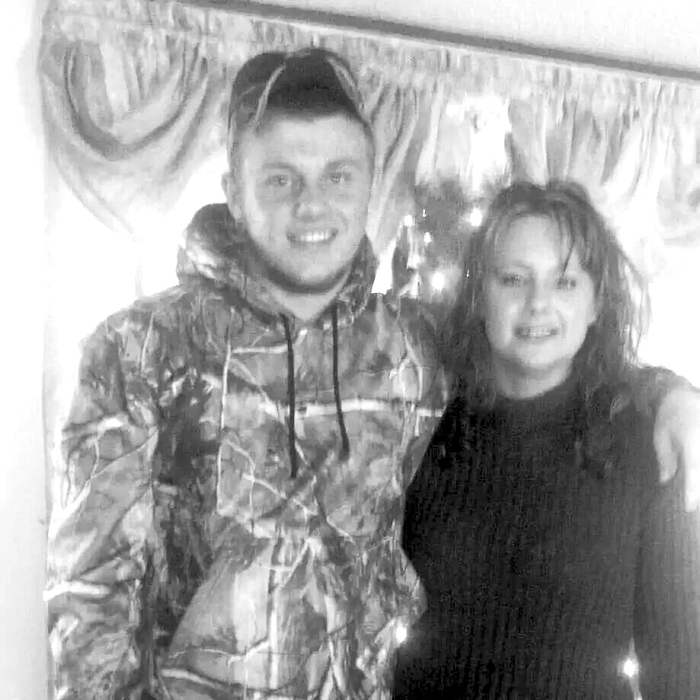 Poston and his mother, Angela Christy.

Stephen Poston was always the peacemaker amongst his friends and it wasn’t odd when he jumped in the middle of a fight during a house party.

Poston, 21, attended the party in Cooleemee with his girlfriend and others he knew. A fight began with his friend and a neighbor that Poston tried to stop. The Concord resident had been stabbed multiple times with a pocketknife. He managed to yell for his girlfriend to call 911, but then he collapsed. He died in the street.

This is not the first time McCarter has faced serious charges. In 2001, he was charged in South Carolina with shaking his three month old daughter to death. He was initially charged with the infants murder, but pleaded guilty to a lesser charge. He was given five years of probation.

“I want the maximum sentence possible for this person who took my son. If it’s 20 years or a 30-year sentence then I want 30 years,” Christy said.

“My main goal is to make sure that they know people are watching. I don’t want them to let him off with a slap on the wrist. He doesn’t deserve to live a normal life,” she said.

Christy said her son had always wanted to join the military, but his asthma prevented him from serving. In the meantime, Poston had began the required training become a firefighter and hoped he could one day to join with a local department.

Poston grew up in Rowan County and graduated from East Rowan.

“He was a sweet person. He would do anything in the world for you,” Christy said.

She said her son didn’t like violence and wouldn’t hesitate to “take up” for a friend.

“He was just a tenderhearted…just a sweet person,” Christy said.

She said she’ll miss his random “I love you mommy” text messages and how he loved to decorate the Christmas tree.

Christy has yet to bring herself to putting up a tree for Christmas, much less decorating one.

Christy said her son was a “mama’s boy,” which she attributes to being a single mother who “had to do things on my own.”

She said her son would call her about car trouble or even how to cook a particular meal.

“He ruined so many pots and pans. He couldn’t cook,” she said with a laugh.

Christy said she’ll miss her son’s homemade Valentine and Mother’s Day cards. He still made them out of construction paper.

Poston was the middle of three children and the only boy. He was protective of his older sister, Andrea Luttrell, and younger sister Elizabeth, Christy said.

He worked with his father, Phillip Poston, at Rogers-Premier at US Foods Services, where he loaded and unloaded trucks. Stephen enjoyed horseback riding and drawing, his mother said.

The case is scheduled to go before a grand jury in January.