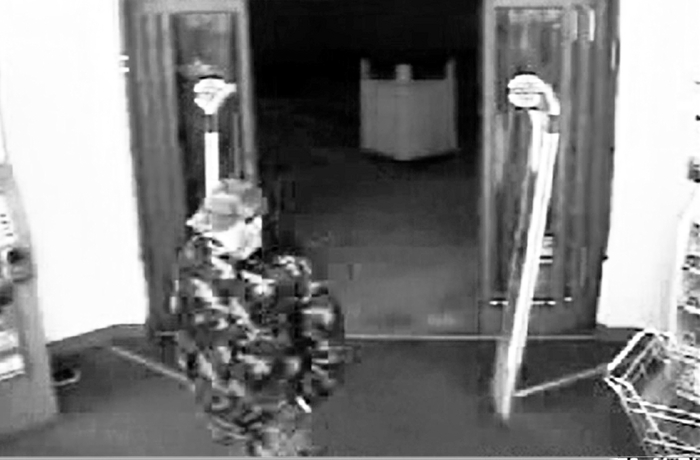 FILE PHOTO Rockwell Police and Salisbury Police are looking for this man who is a suspect in two CVS robberies.

Rockwell Police are looking for an armed robber who walked into CVS and demanded the pharmacist hand over prescription medications.

The suspect was described as a white male, early to mid-20s, 6 feet tall and between 180 and 200 pounds. Police officials say the man was of medium build with medium length brown hair and a dark mustache. He was seen wearing a brown baseball cap, a woodland camouflage hunting jacket, black hooded jacket under that, and woodland camouflage battle dress uniform pants with dark brown boots.

Police say he entered the CVS store, located at 8765 U.S. 52, around 8 p.m. with a black handgun. He demanded the medications, and after receiving a large amount he left the building on foot carrying a white plastic bag. He was last seen running from the east side of the building into the parking lot.

Rockwell Police ask if anyone has any information about the robbery to contact the department at 704-279-3420.