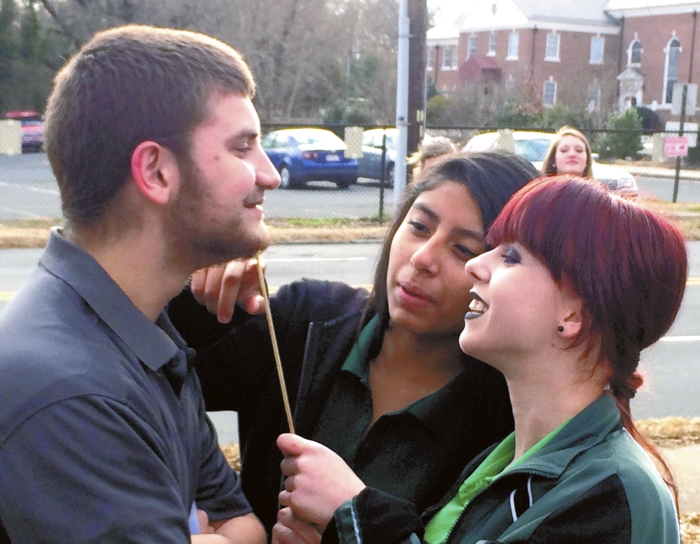 If you took a look around A.L. Brown High School over the past few weeks, you might notice a few more scruffy faces than normal.

Following the trend of No Shave November, where many people choose not to shave for an entire month, the school’s environmental club sponsored a Beard-a-thon to raise money for endangered wildlife species.

A.L. Brown staff and students picked an endangered species, and then spent a month growing their facial hair and raising money.

“All of our bearded athletes picked an endangered species,” said Trent Wharton, the environmental club advisor.

The money, in turn, was donated to the World Wildlife Fund in support of the animal chosen by the participant with the longest beard.

“I’m all for supporting anything our students and faculty are involved in,” he said.

Bowen, whose beard was measured at 3 centimeters in length, won the prize for longest beard.

“He is the king of beards,” Wharton said as he announced the winner.

Bowen chose the chimpanzee as his endangered species.

The fundraiser brought in nearly $500, and teacher Jonathan Farmer was recognized for raising the most money.

Wharton said the students and staff immediately bought into the idea. They set up a website, and collected money around school and in the community.

All the contestants started with fresh faces on Nov. 10 and grew them until Thursday, when they measured the results.

“I think it gives our students a lesson on the importance to give back,” Bowen said.