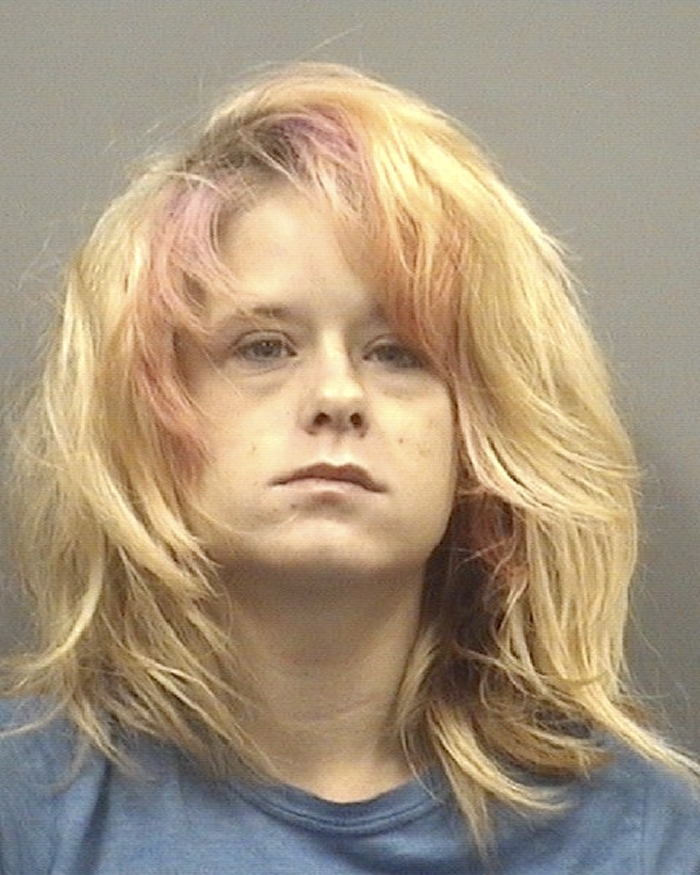 Police say a Salisbury woman’s odd behavior landed her in jail under child abuse charges following an overnight incident at her North Main Street home. A friend called police because she believed the woman was under the influence of some type of drugs and intoxicated.

She remains in the Rowan County Detention Center under a $1,000 secured bond. Her two children, a 2-year-old and a 5-year-old, were placed with relatives.

A report said Stamper locked herself out of her home and called a friend who had a key. Stamper reportedly couldn’t wait and broke a back window using her hand. When the friend arrived, Stamper was bleeding.

The friend told police she could smell alcohol on Stamper and took her inside. The woman believed Stamper was under the influence of more than just alcohol because she said Stamper was calm one minute and belligerent the next, a report said.

Stamper was very confrontational when police arrived and was asked to take a seat in the living room. She stumbled in a hallway and had to be helped. She fell and began screaming, a report said.

Rowan EMS was called to the scene when Stamper began shaking and continued screaming. When EMS arrived she was initially calm and then became aggressive. She threatened to kick and punch responders. Stamper was asked if she was able to get herself on a gurney, but instead she became combative and sat on the ground.

She eventually complied and was taken to the hospital. Rowan Social Services was called to the home and a relative came to the home to get the children.