Parker Smith column: Hoping for a cookbook under the tree? 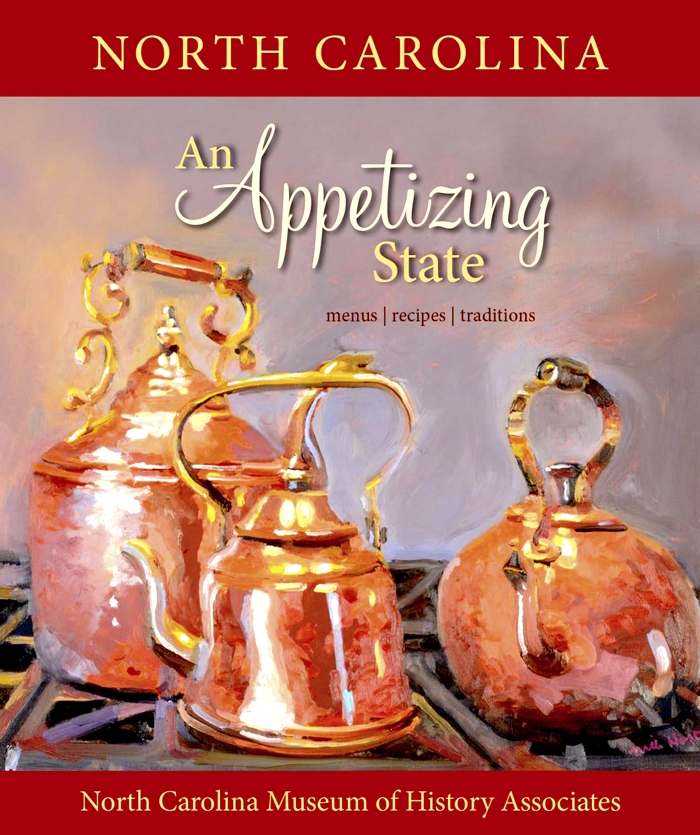 This collection of recipes is available from the N.C. Museum of History

What do you give a cook for Christmas?

I love to get and give cookbooks. I read them like novels, imagining the characters each recipe might feed.

For no-nonsense, basic recipes and essential skills, I have had “The Fannie Farmer Cookbook” for as long as I can remember. I think mine is the 1979 version, but the anniversary edition, updated with microwave and other newer recipes, came out in 1996. To go with it, you can easily learn to bake with “The Fannie Farmer Baking Book.” Every recipe I’ve tried from it has turned out, and it contains the recipe for Raisin Bars, which I’ve made every year for a dear friend.

Both books helped me to understand concepts so that I could use the recipes as a base for new things. I could learn the basic quick bread formula and add whatever fruit I wanted to. Great books for people learning to or scared of cooking.

I haven’t seen this one yet, it’s so new, but it’s from the N.C. Museum of History Associates, “North Carolina: An Appetizing State.” It’s 192 pages, illustrated with photos and containing 249 recipes, from Bertie’s Bleu Cheese Coleslaw to Peppermint Stick Ice Cream.

The associates represent the N.C. Museum of History in Raleigh and sister museums throughout the state. Billy Wilson, executive director, Museum of History Associates, said “To make this cookbook unique and to create a vivid picture of the state’s culinary heritage and traditions, we included historical facts and photographs of artifacts in the Museum of History collection to help tell these stories.”

The book is $29.95 and available for pre-order by calling 919-807-7855. Beginning Dec. 20, it will be available at the Museum Shop. You can also order it online at www.ncmuseumassoc.com/events/event_cookbook.php.

The Savor the South cookbook series now has 10 books out, from pickles to peaches, bourbon to biscuits, and a lot in between. Three more are coming out in March, “Shrimp,” “Gumbo” and “Catfish.” One of the books that came out earlier this year os “Southern Holidays,” by Debbie Moose, who once worked at the Salisbury Post.  Her book includes a classic coconut cake and Cajun style Matzoh Balls for Passover, among others.

You can also buy a boxed set of the first 10 from the University of North Carolina Press, uncpress.unc.edu. This are little gems, introducing you to new takes on typical Southern food, as well as honoring time-tested recipes from the past. A boxed set would be a great gift.

Other North Carolina food books are available, too.

If you’re from the Raleigh area, you might have seen Scott Mason do his Tar Heel Traveler series. He’s now done a book, “Tar Heel Traveler Eats,” which includes his many food stops. One of them happens to be Hap’s Grill. He’s surprised by the narrow building, but he captures some of the flavor. Most of Mason’s stops are at grills, burger joints, ice cream stands and barbecue places.

For a thoroughly researched, nearly exhaustive book on Southern food, take a look at “The Edible South: The Power of Food and the Making of an American Tradition,” by Marcie Cohen Ferris. She puts food into a cultural context, even describing how early diets of mostly corn led to famine and disease, especially if the crop failed.

Food Network’s magazine recently featured favorite cookbooks from celebrity chefs and others in its December issue. Some of those books are old enough they might to be hard to find.

They mentioned such classics as “The Silver Palate Cookbook,” which has been around for at least 30 years. Of course, there is Julia Child’s “Mastering the Art of French Cooking.”  This might be hard to find, but what about “Alain Ducasse Cooking for Kids”? It’s endorsed by Geoffrey Zakarian, who says its the best baby and toddler cookbook out there. And for a thoroughly tested book of recipes, there’s “The Classic Cookbook: The Best of American Home Cooking,” by Christopher Kimball of “America’s Test Kitchen” fame.

Lisa Rawson of Literary Bookpost says the Southern Living annual cookbook always does well. For the guys, she suggests “Cooking with Fire” by Paulo Marcoux or Steven Raichlen’s “Man Made Meals.”