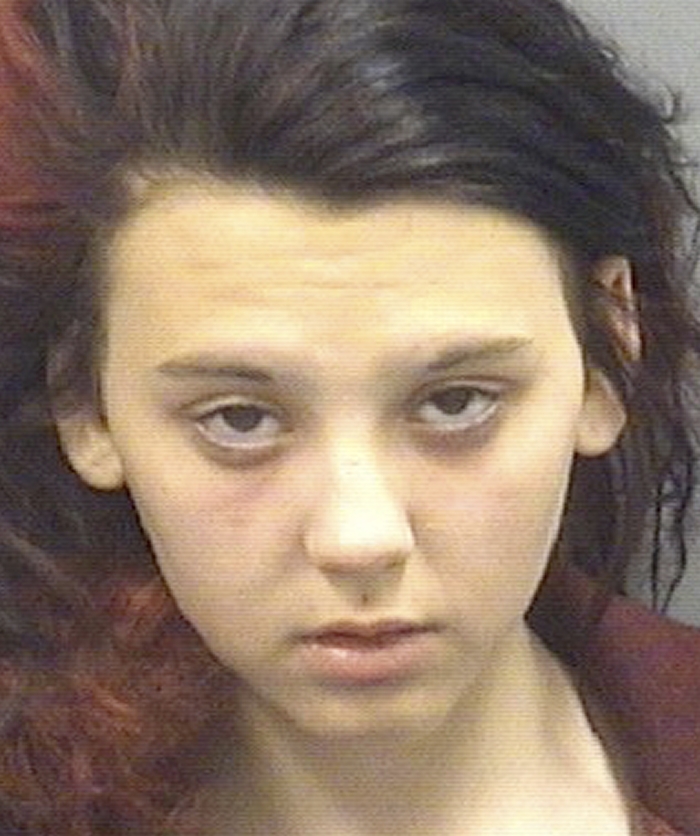 Rowan authorities charged two people with possessing heroin and having a concealed weapon following a traffic stop for speeding. A Rowan sheriff’s deputy passed a sport utility vehicle speeding Thursday while heading in the opposite direction on N.C. 152 near Mooresville.

The deputy clocked the SUV going 72 mph and pulled over the driver, later identified as Alexander Cade Hansen, and noted he was sweating even though the temperature was 20 degrees that day.

Hansen and his female passenger, Angel Nicole Severt, had both been smoking cigarettes. Hansen handed over a North Carolina ID card and told the deputy his license had broken in half and he had not had it replaced yet.

Hansen was given field sobriety tests and did not pass them. Severt was asked to step out of the vehicle because she seemed nervous and was moving around a lot, a report said. Severt was searched by a female officer.

Authorities searched the vehicle as well. Officers found syringes in the floor and a piece of blue plastic with heroin inside it. The center console also had a switchblade knife inside as well as a silver spoon with brown residue on it.

Severt was checked and officers found several syringes and a foil wrapper from a Swisher Sweets cigarillo package that contained two Alprazolam pills.

Severt, 18, of  the 2300 block of Davis Street, Kannapolis, was charged with felony possession of heroin, felony possession of a schedule IV controlled substance and possession drug paraphernalia. She has been convicted of misdemeanor injury to personal property. She remains in the Rowan County Detention Center under a $5,000 secured bond.

Hansen, 20, of the 200 block of South Ellis Street, was charged with driving while impaired, speeding, carrying a concealed weapon and possession of drug paraphernalia.

He has been convicted of misdemeanor drug possession and consuming an alcoholic beverage under 21.

Hansen has since been released from the Rowan County jail.