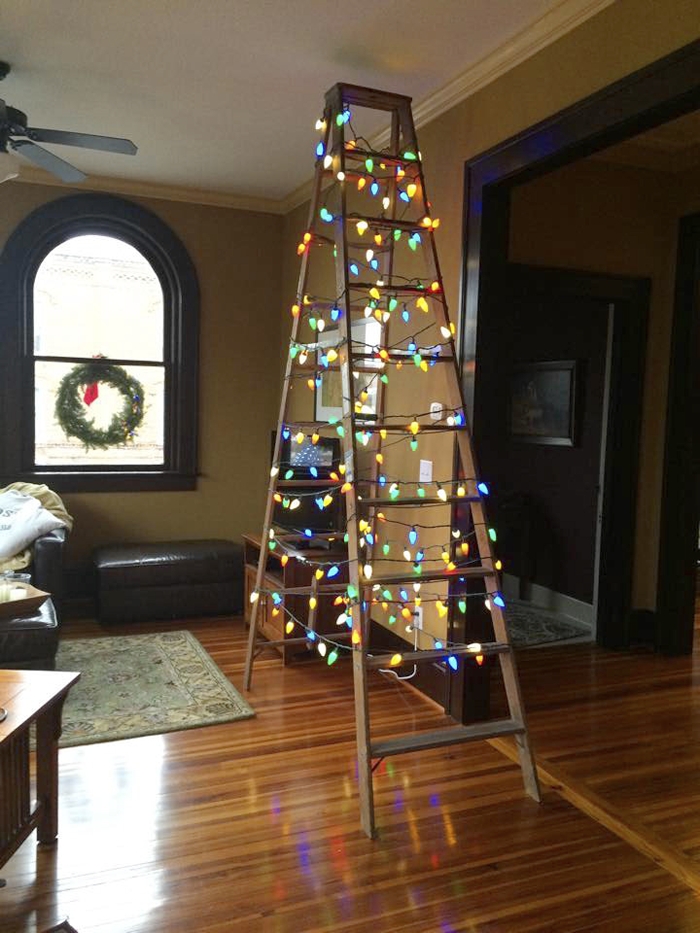 “Don’t ever, under any circumstances, put up a Christmas tree together.”

That’s one of the nuggets I came up with when asked to submit some advice to a soon-to-be-wed co-worker.

Elliott laughed when he read this admonition, but I assured him I was serious.

Putting a tree into a stand sounds like a simple endeavor, but it’s fraught with huge potential for discord. Unless you and your spouse both have the temperament of Mr. Rogers, getting your stately evergreen in place without either of you resorting to less-than-festive language is a bigger challenge than you might think.

My friend Anna Lisa still has flashbacks to childhood Christmases: “My parents had an annual Christmas tree fight,” she says. “Always over the stand. I’m pretty sure it went sailing through the window one year.”

Some years back, after a particularly bad tree experience involving copious sweating, a general loss of religion and the complete evaporation of Christmas spirit, I vowed never put up another tree with my husband. Either he would put it up himself, I would put it up myself, or we would go without. And for a number of years, that’s exactly how it’s gone down.

This year, however, proving that we lose our memories as we age, my husband suggested we put the tree up together. I had my doubts, but I held the tree steady while he worked to get it stable. Running counter to our entire history of putting up Christmas trees together, all was calm. Not one salty word was exchanged. Are those angel voices I hear?

I don’t think we’ll get two Christmas miracles in a row, so next year I vote that we resume our non-collaborative approach.

Marc Hoffman has worked out an enviable system in his household for keeping the Yuletide peace, as he puts it. He buys the tree, mounts it in the stand, brings it into the house and strings it with lights, all by himself. His wife, Anne, and their daughter, August, then wake up to find the tree ready for decorating. Perfect.

Then there’s the forget-about-the-tree-entirely approach that Ted and Cheryl Goins have pioneered. For the past three years, instead of putting up a traditional tree, Ted and Cheryl usher in the Christmas season with … a stepladder.

It started a few years ago when Cheryl was working long hours in her shop, Pottery 101. Since their grandchildren weren’t going to be visiting that year, neither she nor Ted really wanted the stress of putting up a tree. Inspired by a window display that featured decorated stepladders, Cheryl enlisted the help of Wendy Beeker, who procured an old 10-foot wooden stepladder and helped festoon it with lights.

From the street, people think the ladder is a real tree. How jolly is that?

The Yule ladder has already become a tradition, even when the Goins’ grandkids are visiting for Christmas. “They have come to realize that things are just a little different at Mimi and Pappy’s house,” Cheryl says.

Whatever keeps the peace. God bless us every one!