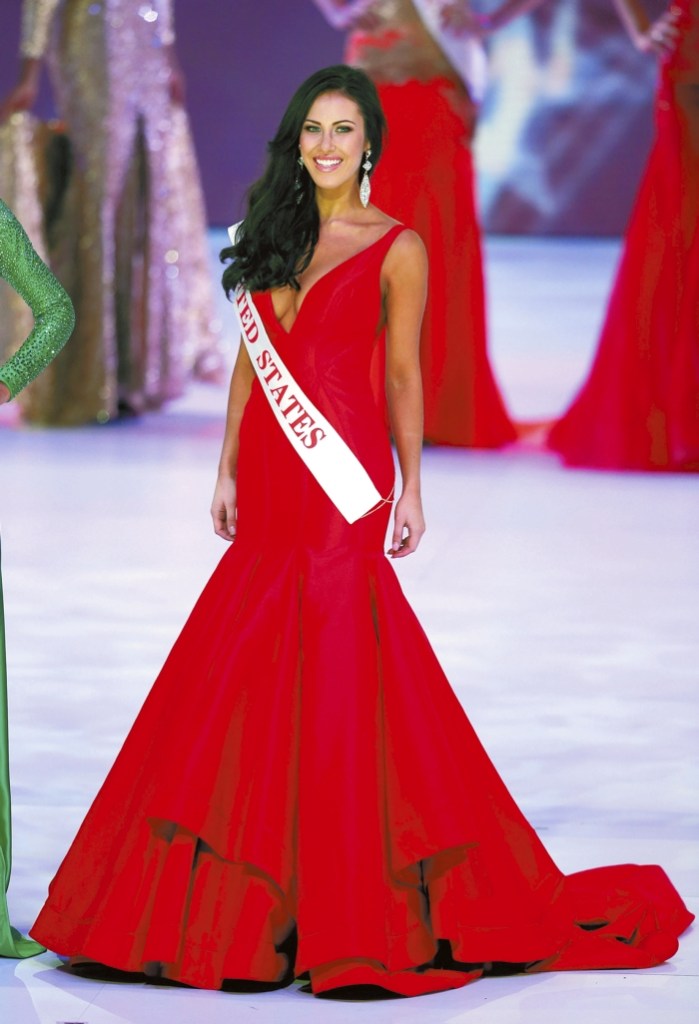 The distance from Kannapolis to London couldn’t hide the excitement in Wally Safrit’s voice. His daughter, Elizabeth Safrit of Kannapolis, took third place in the Miss World competition on Sunday in London, and he couldn’t wait to share the good news.

“It was pretty exciting,” Wally said of the competition, which got under way early Sunday afternoon in London. Elizabeth, who performed en pointe ballet as her talent, was selected to help lead the dance of the performance of countries. Some 120 women competed for the crown.

Elizabeth took an early lead in the competition, with the first tally of scores placing her in the top 25. She was then named to the top 10.

“We had sort of resigned ourselves that if she made the top 10, that was a great victory on her part,” Wally said via phone Sunday evening. “Then she was named to the top 5, and it was just so gratifying. I thought, she’s worked so hard, she came to this to win, and golly, she’s got a shot. We just held our breaths.”

Wally and his wife, Lynne Scott Safrit, were in London for the competition, as were a number of friends in town, along with representatives of the Miss World North Carolina and the Miss World United States committees. Elizabeth’s brother, Wil, is finishing exams at Duke University, but Wally’s son Miller was on hand. A cheering section totaling 40 folks waved small red, white and blue flags, Wally said.

It’s interesting to note that among the London bookies, Miss South Africa had emerged as the clear favorite, Wally said before the competition. The odds-makers placed Elizabeth at second place, so the bookies must know their stuff when it comes to pageants.

Elizabeth, who came in third place in talent, also gained an additional title, Miss World Americas, and won the multimedia competition. She’ll stay in London another week to do some promotional work, and will travel some during the next year at Miss World appearances, concentrating in North and South America.

The Safrits attended a gala Sunday evening — pronounced “gah-la,” Wally said — with about 1,000 others, at which time the formal awards were given.

He said their daughter had called Sunday morning and told them, “I’m ready.”

“She looked wonderful today,” he said. “With her on-stage question, she was right-on and perfect. Just like anything in life, it was a challenge. She didn’t bring home the big prize, but she brought home a major prize.”

And Elizabeth, he said, is happy to share with spotlight with her hometown of Kannapolis.