Looking for a book to give? A few suggestions 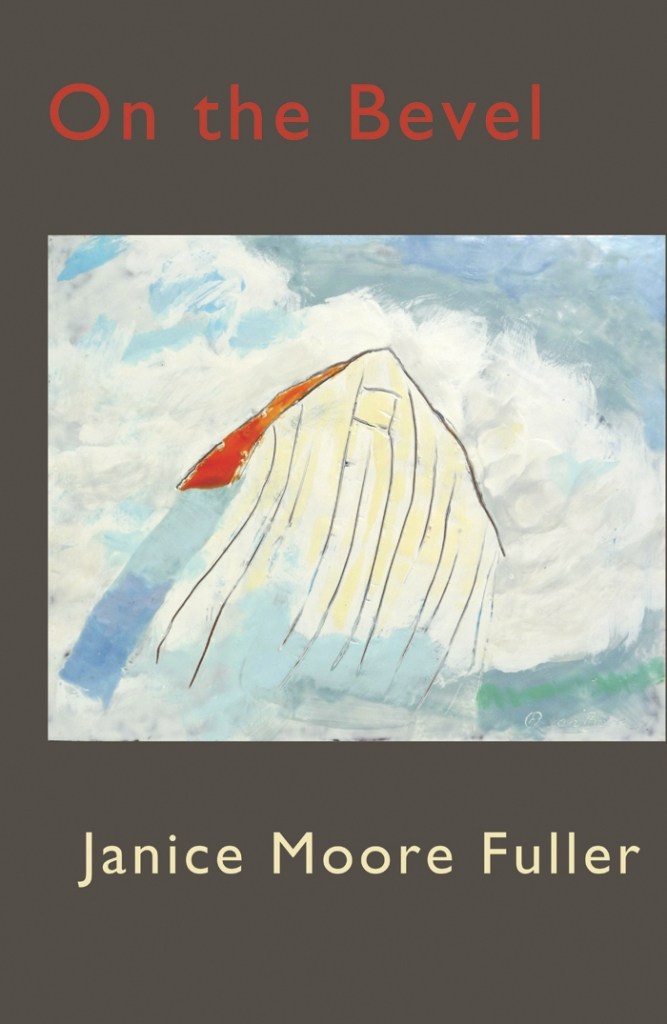 Janice Fuller's 'On the Bevel"

If you need a few ideas for gift books during the holidays, beyond the bestseller list, here are a few suggestions from the past and present.

The best book I read all year was Anthony Doerr’s “All the Light We Cannot See.” It’s the sort of book I could read again, just to immerse myself in it’s world. Doerr’s book takes place in Germany and France during World War II. It is not a book about troop movements, torture, casualties or battles.

Except for internal battles. It is the story of Werner, a young orphan indoctrinated by Hitler’s Youth camps. He is briliant with radios. And it’s about Marie-Laure, a blind French girl who persuades her reluctant uncle to take part in the Resistence. The writing is poetic, the characters completely fulfilling, the story amazing. It’s appearing on many best of 2014 lists.

For something somewhat lighter, but still poignant, I recommend “The Storied Life of A.J. Fikry.” My book club loved it, and it’s hard for all of us to agree. It’s a pretty simple story with a lot of tedious details omitted to show how the life of one very sad man and his dying bookstore are completely changed by a stranger. It’s uplifting and literary, if at times improbable. You’ll enjoy getting to know A.J. and his friends. This, too, is showing up on lists of best books for 2014.

Spring brought a fresh book of poetry from one of North Carolina’s treasures, Anthony Abbott. “Angel Dialogues” is a breathtaking arc of poetry about an author’s chats with his angel. It is not a religious book, but it is a book about faith and spirit and an ideal gift for someone who’s had struggles in the last year.

My friend Cindy Campbell, who is a book publicist, was inspired by a new book, “The Little Book of Do!” The rather long subtitle describes what author Kel Landis III sets out to do, “Act on your passions and goals for a life of success and purpose.” Cindy said as soon as she finished it, she started throwing things away and getting organized so she could move on with her next project. This could help out with all those New Year’s resolutions, too.

For your history loving friends, introduce them to the nonfiction book that reads like a thriller , “Manhunt: The 12-day Chase fo Lincoln’s Killer.” Lisa Rawson at Literary Bookpost says they cannot keep Bill O’Reilly’s “Killing Patton” on the shelves. Other popular non-fiction includes a biography of playwright Tennessee Wllliams by John Lohr.

Have a baby boomer on your list? Several books celebrated big anniversaries this year, including “Harriet the Spy,” by Louise Fitzhugh, and “A Wrinkle in Time,” both of which have been around for 50 years. Madeleine L’Engle’s science fiction book shows up on lots of “best” lists and Harriet is still out there snooping around. Revisiting classics is a fascinating way to see who you were then, vs. who you are now.

Several very talented authors died this year, including Peter Matthiessen, Gabriel Garcia Marquez, Maya Angelou, Nadine Gordimer, P.D. James. All still have books in print. If you missed them before, now is the time to explore the excellent writing they left behind. And each is different from the others. James was known for mystery, Angelou for poetry, memoirs and acting. Matthiessen, a naturalist and writer of fiction and nonfiction, was not read enough. He takes readers deep into the natural world.

Salisbury has plenty of authors, with books ranging from poetry collections to advice from a dachshound.

Janice Fuller, writer-in-residence at Catawba College, published “On the Bevel,” perhaps her best poetry book yet. this year to acclaim from both sides of the Atlantic. Try to catch a reading if she plans another one. The poems are very approachable.

If you want children’s books, you can choose from Dicy McCullough, Mandy Lawrence (“Widsom from Wilbur”), Jay Kenerly (“Twas Christmas Eve Eve”) and Katherine Goodman Fraley. Artist and writer Cotton Ketchie, from Iredell County, was just at the Literary Bookpost to sign his new children’s boo, “The Perfect Christmas Eve,” with illustrations by Jean Barlow.

You can also find adult authors’ works, including Barrie Kirby’s “No Such Thing as a Cherokee Princess,” David Freeze’s books, including “Pedaling, Prayer & Perseverance” and more from other writers in and around Salisbury. Leslie Cataldo at Literary Bookpost said many of the local books are already signed by the author.