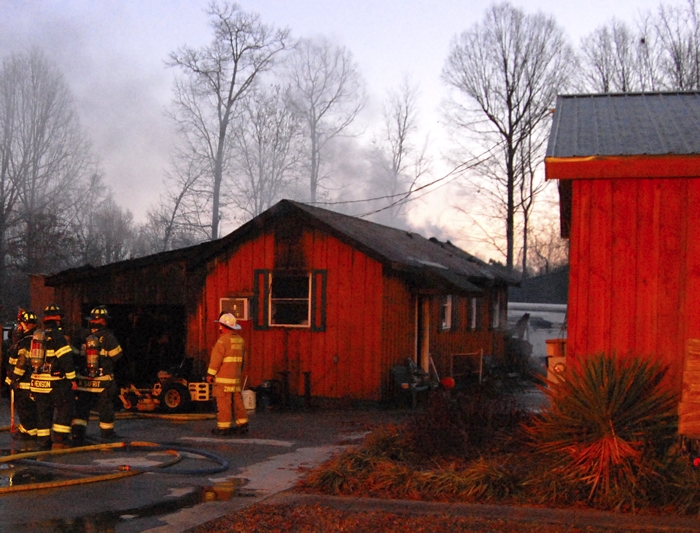 Firefighters stand outside the remains of a building at 185 Hallmark Circle after a fire. A quick reponse from firefighters prevented the fire from spreading to the home, right. The red tint comes from the emergency lights on the firetrucks that lined the street.

A fire destroyed a building Thursday in southern Rowan County, but a fast response from firefighters prevented the fire from spreading, according to an official.

At 5 p.m., four fire departments responded to a fire at 185 Hallmark Circle, which is off Hallmark Estates Drive south of Grace Church Road near Knollwood Elementary School.

The fire destroyed the interior of a small home that was next to a larger home on the property. Rowan County Fire Marshal Deborah Horne said two people were living in the building that caught fire. A neighbor who saw the flames called 911, she said.

Horne said the Locke Township Fire Department arrived at the scene within five minutes. She said if firefighters hadn’t arrived quickly and sprayed water on the larger home the fire could have spread to it.

The other fire departments at the scene were Bostian Heights, China Grove and Landis.