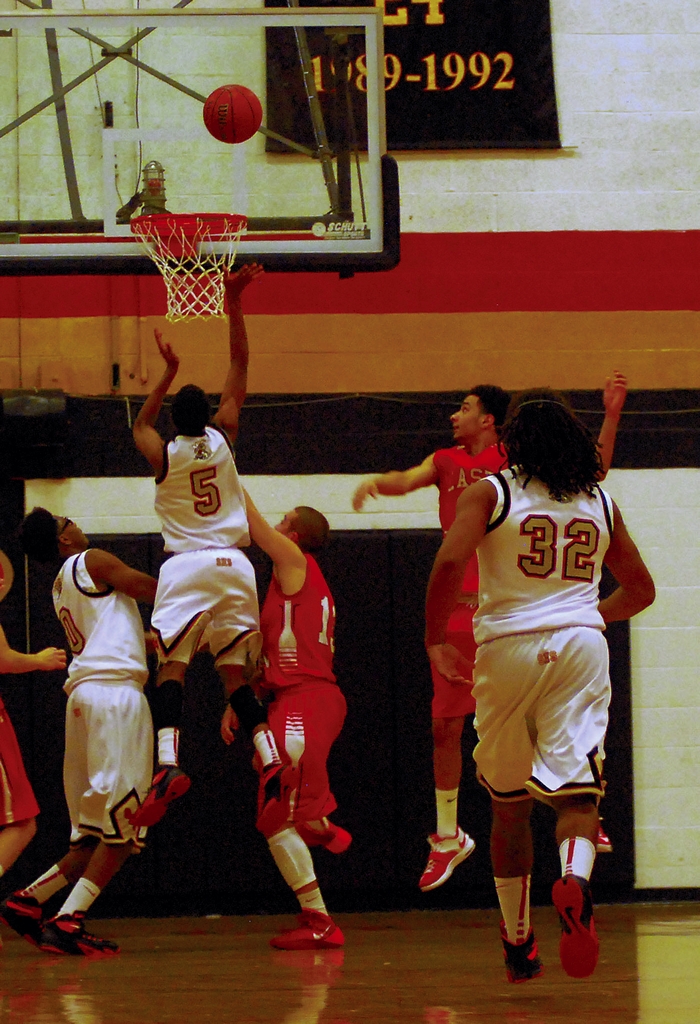 Adam Houston/The Salisbury Post Salisbury's DeShawn Troutman (5) goes up for two in the second quarter against East Rowan on Wednesday. He scored 14 points in the period. Salisbury defeated East Rowan 77-50.

SALISBURY — Salisbury had a simple goal Wednesday in a nonconference game against East Rowan.

“We was trying to put them out early,” DeShawn Troutman said. “We wasn’t trying to mess around. I just felt like we were trying to put our foot on the gas and rest up for Friday.”

A 15-1 run at the start of the second quarter put Salisbury firmly in control at home en route to a 77-50 win.

The Hornets (5-2, 0-0 CCC) have another nonconference game Friday. They are at home North Stanly (3-0). North Stanly has not won a game by less than 20 points this season.

Salisbury’s fast start knocked East Rowan back on its heels and eventually out of contention on the night.

“Obviously we didn’t come in with the mentality and focus like we should have,” East Rowan assistant coach Kurt Misenheimer said. “They came in and punched us in the mouth right from the get go. We got down and (didn’t have) what it took to get mentally and physically back in the game.”

The Mustangs (2-3, 1-2 SPC) were never a factor after that second-quarter run by the Hornets. Salisbury used a full-court press to create turnovers and generate points.

Troutman was all over the place. He scored 14 of his game-high 17 points in the second quarter, with more a few of them coming in the form of layups off turnovers.

“I was just making plays, being aggressive,” he said. “I feel like I got to be aggressive to make the team go. I’m the engine, so I hope I’m doing that.”

Head coach Jason Causby said Troutman feels he “needs to carry more than he needs to” for the team to be successful.

A 3-pointer by East Rowan’s Austin Love ended the run briefly. Then the Hornets got hot again. A 14-5 run by Salisbury ended the first half.  Troutman got a steal, and that led to a score by Alex Yang for a 39-13 lead with 1:29 left in the second quarter.

The Hornets outscored the Mustangs 31-9 in the second quarter.

Troutman was the engine in the second quarter, but D.J. Alexander, Wes Fazia and Tre Oats were steady for the Hornets all night. The three big men combined for 37 points. Causby said those three give the Hornets an advantage on offense.

The Mustangs came out firing at the start of the second half. A 10-4 run cut their deficit to 47-24, but Salisbury was able to close out the period with a 12-6 run for a 59-30 lead going into the fourth quarter.