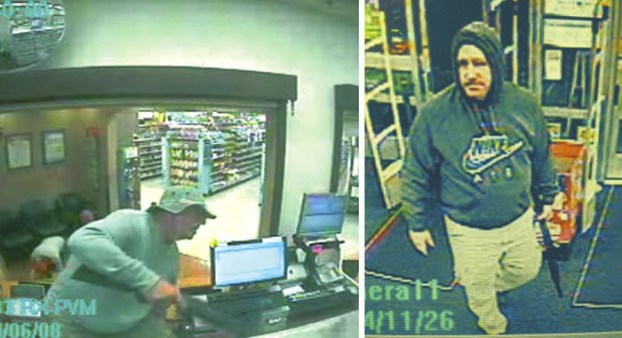 Left: Surveillance footage from a June armed robbery at the Walgreens on East Innes Street. Right: A Nov. 26 image from a robbery at a Walgreens in Winston-Salem. Police believe the two may be connected.

Police say a man who recently robbed a Winston-Salem Walgreens may be connected to a June robbery at an East Innes Street Walgreens. A white male armed with a shotgun walked into the store located at 12311 North N.C. 150. The Davidson County store was robbed on Nov. 26 by a man wearing a hooded sweatshirt.

In the Salisbury incident, the man who was described as being over 6 feet tall, 230 to 240 pounds, jumped over the pharmacy counter and demanded pills. He walked through the main entrance and straight to the back of the store where the pharmacy was located.

No other details are available regarding the Winston-Salem incident.

One person was taken to the hospital Monday morning following a two-vehicle collision at the intersection of West Kerr and... read more