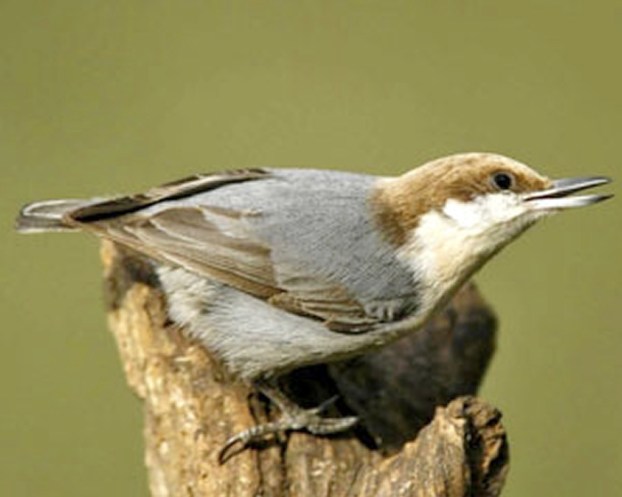 The National Audubon Society is inviting birdwatchers to participate in the longest-running citizen science survey in the world, the annual Audubon Christmas Bird Count (CBC). Beginning Sunday, Dec. 14, hundreds of birders and nature enthusiasts across North Carolina will take part in this long-standing tradition where data collected has helped to shape influential conservation efforts nationwide.

As North Carolina’s landscape continues to evolve with changes in climate, habitat and food resources, the data collected during the annual Christmas Bird Count is crucial to understanding the health of native and migrating bird populations throughout North Carolina.

During the 2013 CBC, five snowy owls were spotted from Asheville to Wilmington, and local citizen scientists were on hand to detail the rare event. North Carolina’s birding circles are some of the top performing in the country, and last year, a record 51 counts across the state reported 1,113,012 individual birds from 225 species.

“In a state where inspiring conservation action is vital to the health of birds facing the damaging effects of climate change, Audubon North Carolina is excited to be a leader in statewide conservation efforts,” says Executive Director Heather Hahn.

“As climate change continues to affect populations of the Brown-headed Nuthatch, American Oystercatcher, Wood Thrush and many more iconic species, the data collected during this annual event becomes even more important to ongoing efforts to protect our birds.”

Data compiled across North Carolina will record every individual bird and bird species seen in a specified area, contributing to a vast citizen science network that continues a tradition stretching back more than 100 years. Birders of all ages are welcome to contribute to this winter tradition and nationwide citizen science project, which provides ornithologists with a crucial snapshot of our native bird populations during the winter months.

Each individual count is performed in a count circle with a diameter of 15 miles. At least 10 volunteers, including a compiler to coordinate the process, count in each circle. The volunteers break up into small parties and follow assigned routes, which change little from year to year, counting every bird they see. In most count circles, some people also watch feeders instead of following routes.

While the ultimate goal of participating in a count is tallying a representative sample of the birds on a count day, the natural competitive spirit of birders is what drives them to do the most thorough job possible. The CBC has become a treasured holiday tradition, a reunion with birding friends and a way for anyone to play a small part in a big conservation picture.

The Audubon Christmas Bird Count is a citizen science project organized by the National Audubon Society. There is no fee to participate and the quarterly report, American Birds, will be available online. Audubon Christmas Bird Count information is also available online inSpanish. For more information and to find a count near you visit http://birds.audubon.org/get-involved-christmas-bird-count-find-count-near-you.

This fall, Audubon scientists released a groundbreaking study based in part on 30 years of Audubon Christmas Bird Count data. The study revealed that 314 of 588 bird species studied could lose more than 50 percent of their current ranges by 2080 if climate change continues on its current trajectory, and many could face extinction.

Audubon scientists have also shown that more than 60 percent of widespread North American winter birds are already spending the winter farther north than they did in the 1960s. Traditional counting of birds together with high-tech modeling and mapping data enabled researchers to make surprising discoveries that would not have been possible in earlier decades. Audubon Christmas Bird Count data is helping pinpoint priority areas for conservation; the “strongholds” where birds now live that are forecast to remain stable for multiple species in the future.

Salisbury Police say a man wanted in the Nov. 20 bank robbery at Park Sterling Bank has been caught. The... read more