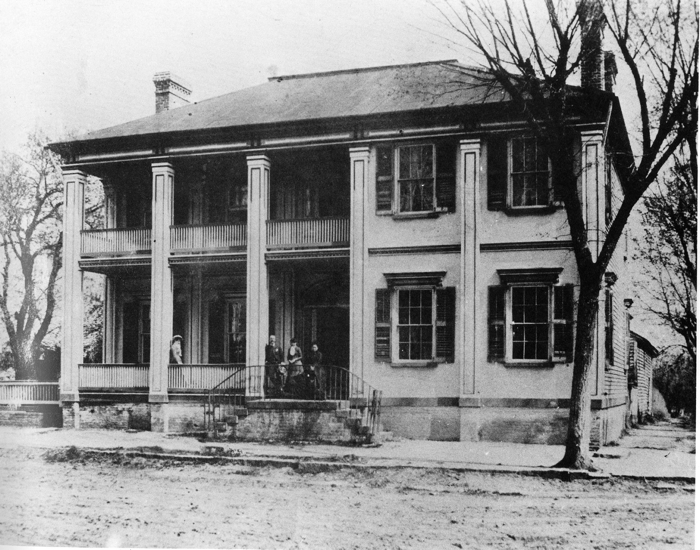 This photograph comes from the book “Salisbury Renaissance,” a compilation of old photos put together by Historic Salisbury Foundation and Rowan Art Guild Gallery in 1981. This home belonged to William Chambers (1794-1846), the son of Edward Chambers and the grandson of Maxwell Chambers. William Chambers owned the Spring Hill Plantation, located in the area of today’s East Spencer, but he also erected this town house on the corner of Bank and Main streets. According to the text in “Salisbury Renaissance,” the home had a sunken garden, bordered walks and flowers beds surrounding the home. After Chambers died, his widow, Ann McConnaughey, married Michael Brown, a merchant, and they lived in this same house. Later, John L. Henderson and William Smithdeal would also live in the home before it was torn down in the late 1940s.